Tsunami warning issued for Mexican coasts after a strong earthquake

The alert includes the Mexican coasts of Acapulco, Salina Cruz, Puerto Madero, and Lázaro Cárdenas; and waves of between 1 and 3 meters in size are expected.

“Dangerous waves” up to three meters high can strike anywhere less than 1,000 kilometers from the epicenter. The earthquake triggered the alarm in the capital, where it was strongly felt in much of the country. The notice, about a minute before the tremor was felt, gave time for most of the buildings to be vacated

The United States issued a tsunami warning on Tuesday for the southern coasts of Mexico, Guatemala, El Salvador, Honduras and Ecuador after the powerful earthquake with an epicenter in the Mexican state of Oaxaca that shook Central America.

“Dangerous waves” up to three meters high can strike anywhere less than 1,000 kilometers from the earthquake epicenter, warned the US Tsunami Warning System, which is part of the National Oceanic and Atmospheric Administration (NOAA) and the Service National Meteorological.

An earthquake of magnitude 7.5 was registered this Tuesday 12 kilometers from the municipality of Crucecita, in the southern state of Oaxaca, and was felt in various parts of the country activating the seismic alert in the capital, the National Seismological Service (SMN) reported. On twitter. 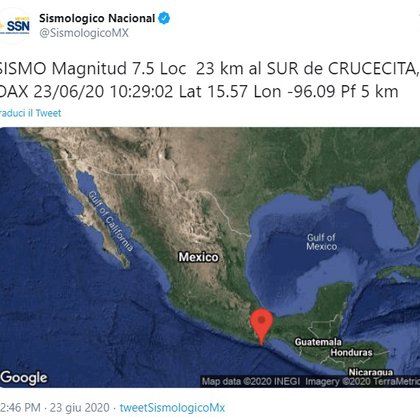 The strong tremor was noticeable in various parts of Mexico City, where 8.8 million people live. In the capital, the seismic alert sounded before the tremor was noticeable, causing several people to evacuate their buildings, many of them using face masks for the new coronavirus pandemic. 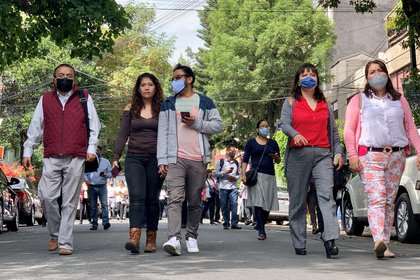 Thousands of people took to the streets while some panic scenes were recorded. 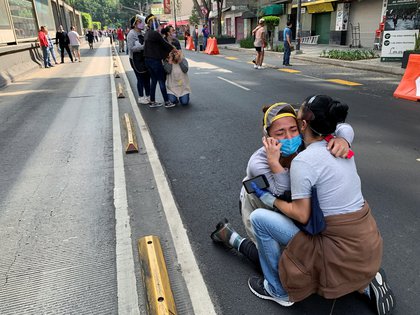 Two friends hug in Mexico City after the earthquake in Oaxaca. The memory of the three earthquakes of 2017, in which 471 people died, remains in the memory of Mexicans (REUTERS / Tomas Bravo)

“We do not have any preliminary reported damage at this time. Some institutions continue to evaluate their priority infrastructure, “ said the national coordinator of Civil Protection, David León, in an interview with the Millennium network. 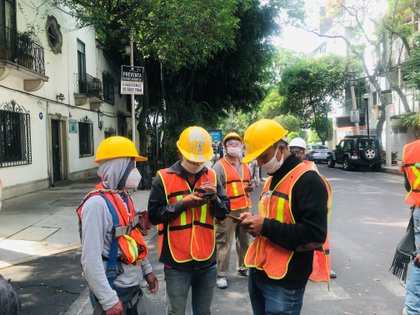 The governor of Oaxaca, Alejandro Murat, said shortly before on Twitter that security protocols were activated “to monitor the streets and keep the population protected.”

For her part, the mayor of the Mexican capital, Claudia Sheinbaum, said that her government has activated review protocols and that no affectations have been reported so far.

“We are already receiving protocol reports. So far no major incident. We continue to report, ” Sheinbaum said on Twitter. 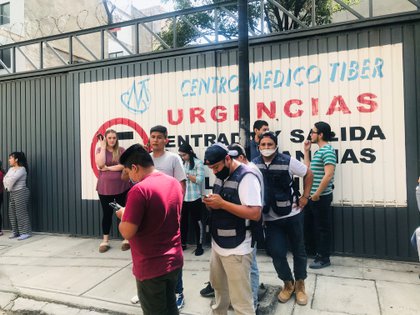 The warning of the seismic alert, approximately one minute before the telluric movement was felt, gave time for most of the buildings to be vacated. (REUTERS / Henry Romero)

“Many problems with the virus, and now the tremors and I just died a son and another is ill, then imagine, “ he told AFP tearfully Maria Teresa Duran, 80, in the central district of El Valle. 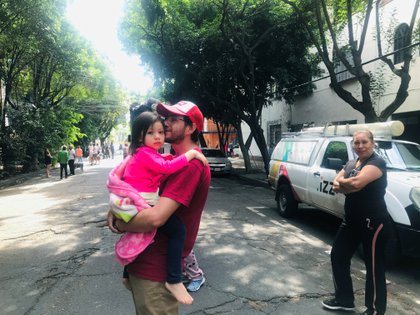 The phenomenon also surprised several residents of the capital who, due to the pandemic, are already used to working at home.

“We were working in pajamas, finishing breakfast, and then we had to go out like this,” said Sonia Flores Cano, 29, for her part.

The Mexican territory is located on five tectonic plates.

In 2017, 471 people died in Mexico from three earthquakes on September 7, 19 and 23, in the greatest natural tragedy in Mexico since the 1985 earthquake, which left thousands of people dead in the country’s capital.

The 8.2 magnitude earthquake with an epicenter in Chiapas on September 7 left 98 fatalities; 78 of them in Oaxaca, 16 in Chiapas, and four in Tabasco.

The one of September 19, of magnitude 7.1 and with an epicenter between Puebla and Morelos (center), left 369 dead, 228 of them in Mexico City.

Four other people lost their lives on September 23, when a 6.1 earthquake in southern Mexico triggered the seismic alert in the capital.