Insecurity increases on the Nuevo Laredo-Monterrey highway. Victims say that the police in collusion

The assaults on the Nuevo Laredo-Monterrey highway intensify. Again, they intimidate, steal, assault the nationals who cross the border. “When we enter Nuevo Laredo it is to enter the cradle of wolves. They are going to eat us, ”says Rogelio Ávila, representative of the National Council of Legislators and Migrants, in Chicago, Illinois, who escaped an assault on his way to Zacatecas.

“I just went through this on Tuesday (July 21). All the countrymen suffer it. On Wednesday they assaulted a friend of mine, on the same road. The robberies are at noon, ”Ávila reported.

It happened to me at 12:00 on the day. I stayed in Laredo, Texas with my family to sleep peacefully. We said ‘if we go at night, they will assault us’. We decided to cross the border at around 11:00 in the morning. We took the highway section at 12 noon and I asked a soldier: how is the crossing issue ?, to which he replied ‘sir, I’m going to tell you, they are being hijacked’, ”said Rogelio.

“And we continue. We were coming along the Colosio boulevard and when it turns to the left, towards the checkpoint at kilometer 26, there is a traffic light and it is where the Traffic Police is. And there where the traffic officer is, there is the ‘hawk’ ”.

“Right there, a white Suburban stands behind my truck and makes calls. I said ‘this doesn’t smell good to me anymore’. When I get to the left lane, I did not go more than 200 meters and an Escape truck as a 2010 model hits me. I have the plates. ”

“Then the persecution begins and he corrects it. They threaten me with a firearm, at my door. And my reaction, as a father, to take care of my family, was to flee, “he says.

“It was when the white truck crossed my path, but instead of stopping, I threw my vehicle that was loaded with donations from Chicago for people from Zacatecas.

“When they saw that I was going to hit them, they open to the left, they move, but they keep chasing me. They shout at me to stop, they want to talk to me and the persecution came. ”

“The truck, a black Expedition, model from 2002, came across me. At the height of a large sign that says “Welcome to Nuevo Laredo” were two guys below. My reaction was to return in the opposite direction, there was no other, but something happened and they fled. I do not know what happened. We had already dialed 911, Emergencies. My wife made the call and was unable to take video. I came behind the wheel with two hands. Scared children, ”he points out to El Sol de México.

“This happens every day. When I got to the kilometer 26 checkpoint, there was no security. A police officer told us that ‘despite the pandemic, many civilians come to Mexico and organized crime is seizing everything, everything that falls on it,’ ”he details.

During the interview, Ávila reported that the police are colluding with the criminals. “In my case, when I turn at Kilometer 26, the bad guys immediately hit me, coincidentally,” he declares.

With a caravan or without a caravan, the authorities in collusion. Caravans are given only in the Patio where Temporary Permits are issued, but when you get your permit to cross the border at the Consulates in the United States and you have your current permit, you do not know and you cross directly. And that’s when they rob you, ”she explained.

“The truth is that they already left us alone. I ask President López Obrador, that something has to be done already, ”he exclaimed.

-In the video, do you see that they stop a vehicle?

-Yes, the one they followed was the Kia Sorrento. And when it stops, they reach to intercept our partner who brings the camera. When you see the pickup truck is already loaded with plasmas, televisions, they had already taken them from the countryman.

Do you have any idea who those thieves are?

– Yes, they are from the Northeast Cartel. Every day we have them on top of us. The authorities notice. There are the soldiers and the Federal Police. I have denounced. We make the “Welcome Paisano” caravans, with the coordinator of the National Council of Legislators and Migrants, José Martín Carmona and Senator José Narro (PT). The feds also carry their moche.

“The National Institute of Migration (INM) are also at the checkpoint at kilometer 26 and they realize who has a good time. We are very easy prey. We come with children, with families and confident. But upon entering our country, this is the reality. “

“We call on our President López Obrador to support us. He says we are heroes for sending remittances. Well, protect us heroes. “

“We all arrived scared, but fine. I will make the complaint in the Prosecutor’s Office in Zacatecas, because I have the plates of one of the trucks in which they steal. I have to do it ”. 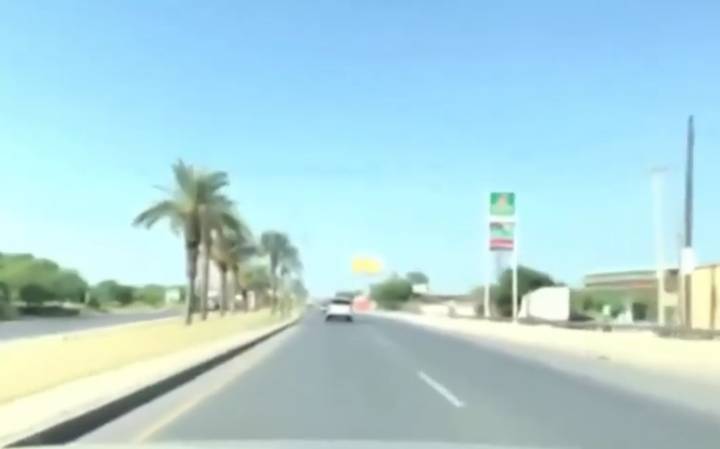 “I have already contacted the Under-Secretary for North America, from the Foreign Ministry, Jesús Seade. He told me to do the writing and he was helping me to get it to the authorities, he said. “

In this matter we do remain silent and do not denounce, they continue and continue to steal. This cannot go on like this, said Don Rogelio Ávila.

Winter Travel to Acapulco, on the Mexican Pacific coast

Teotepec, the highest mountain in Guerrero