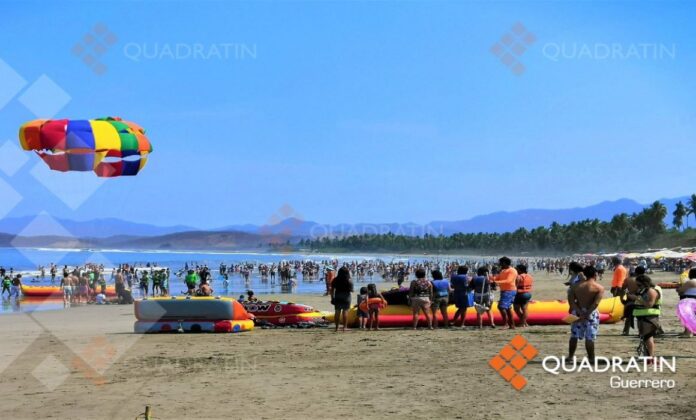 ZIHUATANEJO, Guerrero- This weekend there was a very good influx of tourists for Labor Day in this destination; beaches and most hotels filled their 60 percent capacity.

Service providers agreed that the tourist activity was similar to the Easter holidays. They stressed that although it was not a long weekend, throughout the week people were arriving.

“It was a very good weekend, Saturday and Sunday we were 60 percent full,” said Pedro Elesband Serrano Farías, manager of the El Marlin restaurant on La Ropa beach, who said that the area was both crowded. days.

For his part, the hotelier Ángel Martínez highlighted that there were a lot of people, since some hotels were filled to the allowed limit and indicated that during the rest of the week they were also with a good occupancy above 50 percent on average.

On the different beaches, hundreds of bathers were able to enjoy the natural beauties, the pleasant climate, especially in the mornings, but also the sun in the various spas they visited.

Also, there was a great movement in the streets and bus parking lots, since some spaces were opened this weekend such as Las Salinas, where dozens of tourist trucks could be seen, but also those of Ixtapa and Playa Linda.