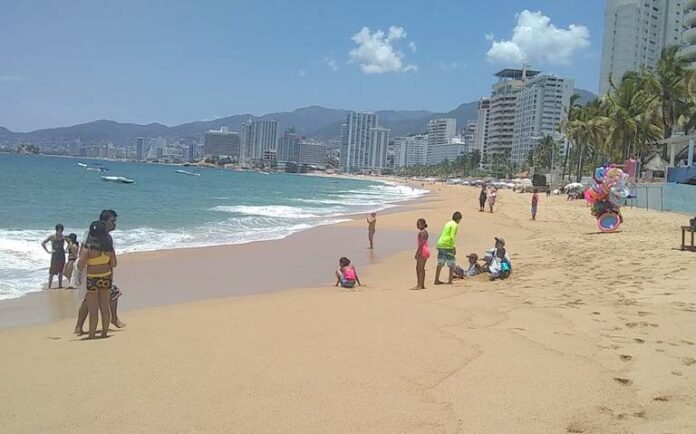 In Acapulco, the percentage of its three zones is 26.4 digits

At the start of the weekend, the tourist destinations that make up the Triángulo del Sol de Guerrero, register a general average hotel occupancy of 27.5 percent.

The statistics released by the Ministry of Tourism, detail that in Acapulco the percentage of its three areas is 26.4 digits and La Dorada is the one that maintains the highest numbers with 29.5, followed by Diamante with 25.9 and La Náutica at 8.9.

In the beach binomial of the Costa Grande, Ixtapa-Zihuatanejo, 32 percent occupancy was achieved, while by zones in Ixtapa it is 33.6 and in Zihuatanejo it is 24.4.

In the colonial city of Taxco de Alarcón in the Norte de Guerrero region, the percentage of occupied rooms is 13.5.

The condominium occupancy in Acapulco reached 26.3 in the Diamante area and in La Dorada, 20.4. occupancy levels in timeshares in Ixtapa-Zihuatanejo are 26 percent and 19 percent in Acapulco.

In the current week that ends, the occupancy levels decreased with the application of the epidemiological red traffic light, which reduced the capacity and hours in businesses of different types of business in the municipalities of Guerrero.