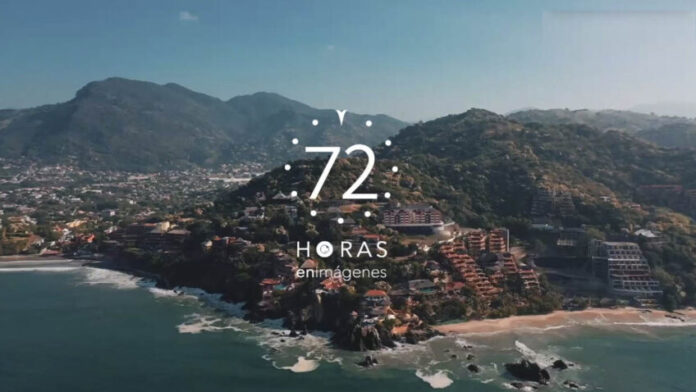 With the intention of promoting Mexico through photography and video, the creators of content for 72 hours in images decided to gather their talents and travel Ixtapa Zihuatanejo by sky, sea, and land where they found spaces and corners full of unmatched magic.

The essence of the 72 Hours for Mexico project in Ixtapa Zihuatanejo was to capture the personality of the binomial in a trip of only 72 hours, for this we sought the support of local experts who were guides to know those iconic spaces that everyone wants to know and capture in a souvenir photo.

During the virtual conference to launch the project, the Secretary of Tourism of Guerrero, Ernesto Rodríguez Escalona; the Director of Tourism of Zihuatanejo, Jesús Gallegos; the creator and general director of the platform 72 hours in images, Israel Lara; the General Manager of Public Relations Mariana Sentíes; 72-Hour Imaging Team of Content Creators, Photographers, and Talents; and the different national media who saw the unpublished material produced.

Through a cinematographic and contemporary language with high-quality content, each of the videos produced has the objective of captivating the audience from beginning to end with an attractive and dynamic rhythm, projecting Ixtapa Zihuatanejo in the national market as the destination of the ideal beach of the Mexican Pacific.

72 Hours in Images is a project that seeks a destination, brings together professional photographers and filmmakers, and disseminates their works. In each project they travel to a different destination in Mexico to portray the most iconic places in the country, they spend only 72 hours capturing the best of the place and then sharing the material with the audience.

The distinctive feature of the 72 hours project is to unveil new angles, never-before-seen images, and a different vision that inspires and connects each destination with the public. They also link with the university community to bring students closer to their platform, inspire them in photography and publicize destinations with students.

The director of the OCV, Pedro Castelán Reyna, assured that the destination of Guerrero had already achieved a great recovery even with levels higher than those of 2019, in the months of May and June, when the third wave of Covid-19 arrived and there was again drastic declines.

For four weeks, Guerrero has been on a red light and its allowed capacity is 40 percent, and the highest peaks were around 37 and 38 percent, however, with the end of the summer season, right now the hotel occupancy is at about 22 percent.

For this reason, “72 hours in images” comes at an opportune moment so that tourists are aware of the attractions of the destination, and although it has restrictions, it is open to receive them.

Castelán Reyna reiterated that the use of face masks is mandatory, in addition, that all protocols are followed, however, the beaches are open from 7 in the morning to 6 in the afternoon.

The consumption of alcohol is prohibited in these areas, but outside of these restrictions, there is a great opportunity to enjoy a vacation, take the office to the beach, among other facilities.

The tourism promotion campaign captures sophisticated images captured with high-tech equipment to show very attractive angles of Ixtapa Zihuatanejo. The videos are very dynamic and agile to retain the attention of viewers and future visitors.

“72 hours in images” has the backing of Aeroméxico, an airline allied in the destination that offers 13 weekly flights from Mexico City, and which it expects to increase in October.