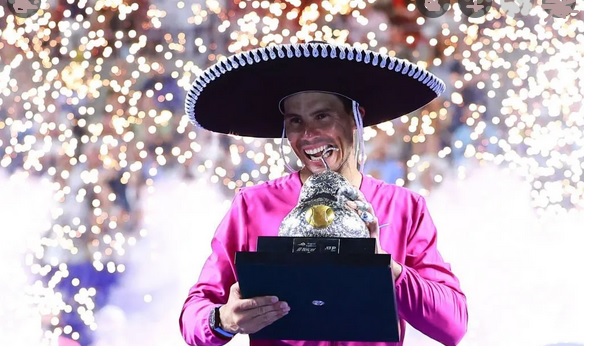 Spanish veteran Rafael Nadal has won the 2022 Mexican Open, his fourth victory in the tournament. He did not drop a set Acapulco and has added his 15th consecutive victory this year which also took in the Australian Open in January. He defeated Cameron Norrie 6-4 6-4 on Sunday morning.

Rafael Nadal continued his excellent 2022 form as he won the Mexican Open with a 6-4 6-4 win over Cameron Norrie.

Nadal won his first title in Acapulco way back in 2005 and has now added to his 2013 and 2020 trophies with this year’s event. The Spaniard did not drop a set, and has won 15 consecutive matches this year.

Nadal beat Daniil Medvedev in the semi-finals – as well as this year’s Australian Open final – and brought up his 91st ATP Tour event win.

“Rafa” (as he is known by his fans) needed just 54 minutes to beat Norrie, the British No. 1.”It always has been a very special place,” Nadal said after the win. “The energy that the people from Mexico bring to me is very unique.”Norrie beat Greek Stefanos Tsitsipas in his semi-final match-up but could not reliably hold his serve.

“I went through some very difficult moments during the match that I was able to save, and then I took advantage when I had the chances,” said Nadal.”I’m very pleased. It was a very important title for me, so I can’t be happier,” Rafael Nadal concluded.