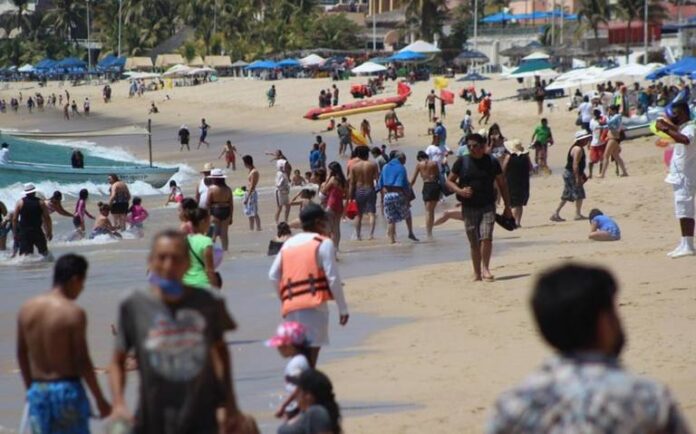 The Triangle of the Sun reaches 31.1 percentage units

At the beginning of this weekend, hotel occupancy obtained a slight rebound and stood at 31.1 percent this Friday in the destinations that make up the Triángulo del Sol, reported the state Secretary of Tourism

The report indicates that Acapulco remained at 29.6 percent, while, by zones, the Dorada reached 35 percent, the Diamond with 22.5 units, and the Nautical or Traditional with 17.4 percentage points.

The Ixtapa-Zihuatanejo beach binomial remained at 37.5 percent, while, separately, Ixtapa reached 40.5 points and Zihuatanejo with 22.7 units.

The silver city of Taxco de Alarcón reached 12.6 percent, while the occupancy in condominiums by zones in Acapulco, La Dorada at 32 percent and La Diamante with 19 percentage units.

Regarding the timeshare in Ixtapa – Zihuatanejo reached 30 percent and Acapulco with 24 units.

Police find bodies of a missing nurse and dentist in Guerrero