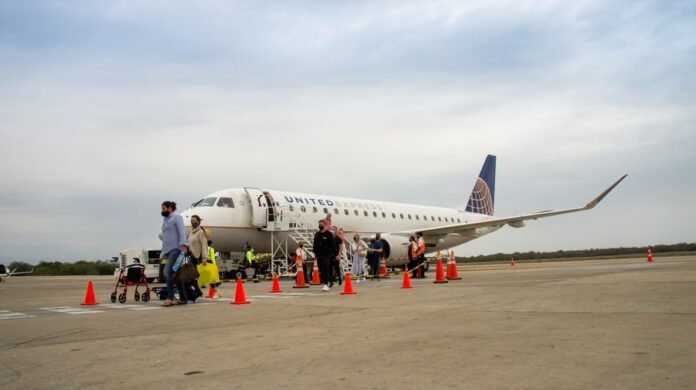 This Saturday, May 8, the new air route from Los Angeles to Ixtapa Zihuatanejo of United Airlines began, which will operate regularly with a weekly frequency on Saturdays.

The US airline added this flight to its itinerary due to the growing demand from its customers to Mexico, Ixtapa Zihuatanejo, and Latin America, who seek to travel to beach destinations throughout the year and where they can have a healthy distance.

With the route from Los Angeles, Ixtapa Zihuatanejo increases its international air connectivity, since it adds to the one that already operates from Houston with four weekly frequencies on Tuesday, Thursday, Saturday and Sunday.

United Airlines connects the Mexican Pacific destination with 22 monthly flights from these two destinations, with a potential of 1,500 international passengers. In addition to this airline, Alaska Airlines and American Airlines flights also arrive from Los Angeles and Phoenix.

In this way, the Zihuatanejo International Airport is the one with the greatest international connectivity of the entire North Center Airport Group (OMA). Four national airlines also arrive, one of them is Volaris with the route from Tijuana that easily connects with the west coast of the United States.

In the inaugural event of the flight, the executive director of the Ixtapa Zihuatanejo Convention and Visitors Bureau, Pedro Castelán Reyna, commented “the arrival of this new route to Ixtapa Zihuatanejo will significantly favor the economic reactivation in which we are working ”.

“We are very happy and proud to receive all our tourists, knowing that we have all the necessary health security measures in place. Today we continue to reaffirm our commitment to tourism, our business partners and the destination community to show that we continue to be a paradise where great experiences can be enjoyed, shared and generated, ”added Castelán.