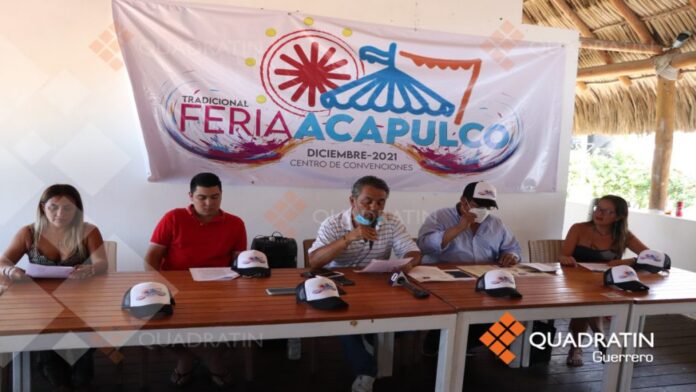 ACAPULCO, GUERRERO., May 13, 2021.- Members of the civil association Habla Bien de Aca announced the return of the Acapulco Traditional Fair to the Convention Center with the presentation of several artists next December, despite the Covid 19 pandemic.

In a press conference at a beach club, the organizers said that with this fair, which includes mechanical games as attractions, the reactivation of the destination is the main objective.

The president of the association, Erick de Santiago announced the feature presentations of the MS Band, Grupo Firme, Julión Álvarez, El Komander, and comedians such as JJ, Jorge Falcón, among others. It is expected to take place from December 19, 2021, to January 9, 2022.

Children will have free access with th donation of a toy, which will be donated in turn to shelters and children’s homes on Three Kings Day.

“We must recover our economic activities because it is very important for the Acapulqueños, and it is one of the efforts that we try and propose to recover and detonate the Golden zone so that the events are not only in the Diamond zone,” he said.

However, he said that members of the association are seeking meetings with the candidates for the municipal presidency of Acapulco and the government of Guerrero, so that they commit to helping them to carry out the event since it is impossible for the private initiative to carry out the whole event by itself.