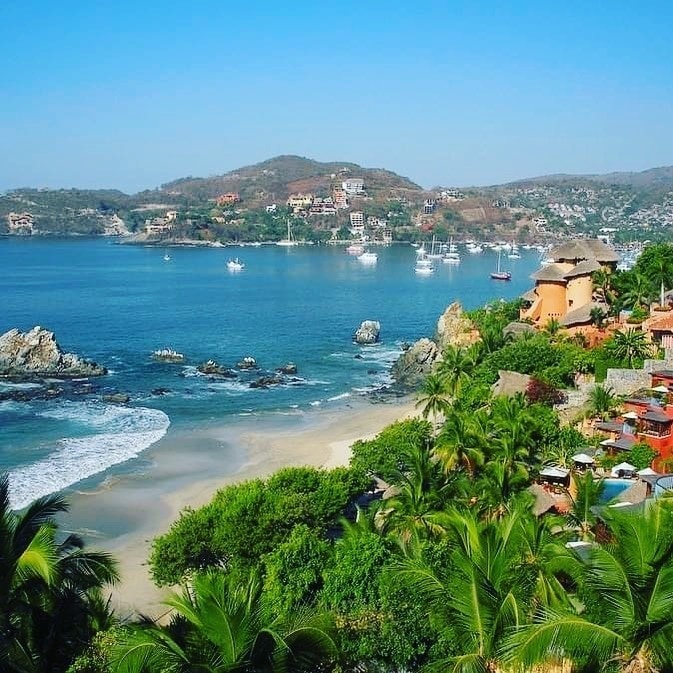 In the destination of Ixtapa-Zihuatanejo, there are 4 private beaches that only locals know and for tourists, it is difficult to access due to their location and the complexity of the path that takes them to the waves of the sea in these places.

Majahua Beach is the one that has a little easier access since it is accessed from a gate of private property in abandonment, there the locals access without any restriction to enjoy the open sea that this spa has and an idyllic pool that is between the stones.

Playa Riscalillo is a spa that has access from the new road that bears the same name, the natives of Zihuatanejo, report that they have to enter through a deviation that is hardly seen and walk about an hour to enjoy the sea.

Manzanillo Beach or Caleta de Don Chon is another one that is difficult to access, you have to enter the Cerro del Vigía road in La Ropa to go down a path just below the Punta Garrobo real estate development, a rocky beach that allows you to appreciate the biodiversity that is very coarse.

These three beaches have small bathing spaces but they are enjoyed by locals fleeing the tumult of people who congregate in other spas.

The fourth is Contramar beach, also a small space that makes a bay where locals enjoy their afternoons in a rocky bathing area. Access here is more difficult because you have to go down on sloping paths with dirt, pointed stones, and roots coming out of the trees. But the landscape is typical of a place that can be detonated for ecotourism due to the biodiversity found in the area, from different types of insects to squirrels and chachalacas native to the area.

This beach can be reached from the La Noria neighborhood and the junction that it makes with the Majahua Scenic Highway, where you go along a paved street that leads to a well-known hotel. Access to the beach is just a few meters before this aforementioned inn and those who know the area know that they will have to walk for 10 minutes on slopes to reach the natural paradise.

Here many families come to swim, there are those who come to practice paddle tennis, snorkeling or simply to hang out with friends.

One user described this place as quiet, a peculiarity that frequently invites her to resort to this beach.

So far there is no information that any of these beaches has been tried to rescue by the municipal governments, nor have the Zihua locals tried to exploit them as tourist resorts, and they are kept in secrecy solely for the enjoyment of the locals.

But it is the providers of aquatic tourism services who give tourists a glimpse of the hidden beauties that this destination has because in the tours from their boats they approach the coasts to show them even from Barra de Potosí in Petatlán, to Troncones in the Union.

To translate the video from a foreign language: