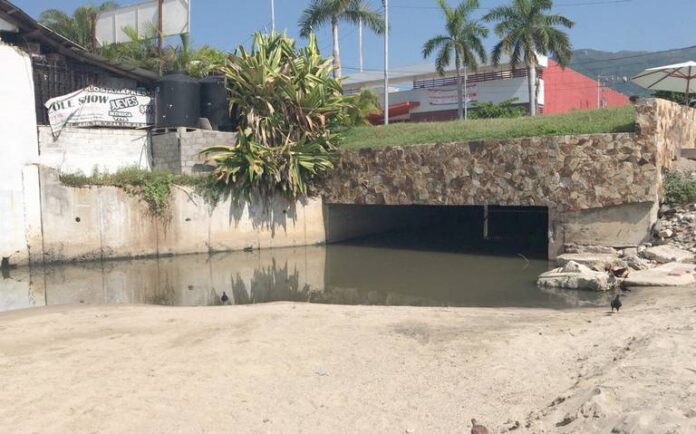 The fetid odors reach the restaurants that are located near the pluvial canal, affecting the health of tourists and porteños

Even though the government authorities have assured that in Acapulco there are no sewage discharges in the tourist area, at Hornos beach thousands of liters of wastewater run directly into the bay.

The sewage runoff causes fetid odors that reach the restaurants that are located near the pluvial canal, affecting the health of tourists and locals.

According to statements by the restaurateurs themselves, the sewage runoff has already been reported to CAPAMA, but so far no solution has been given to the pollution problem that is being generated in the Acapulco bay.

On July 13, CAPAMA and municipal Ecology personnel made a tour of several rain channels to detect sewage discharges, later they proceeded to place hypochlorite tablets to reduce the bad odors of runoff.