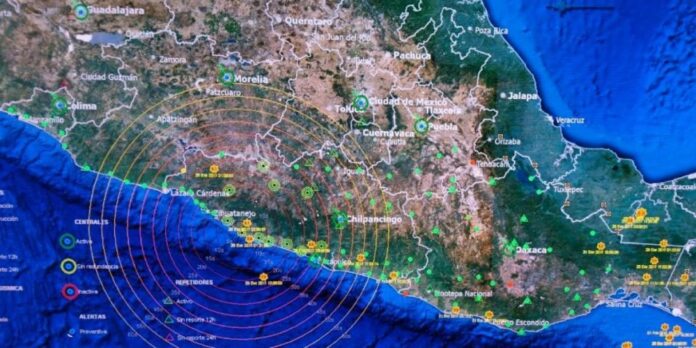 The region, affected especially in recent days by the rains, floods and damage caused by the passage of hurricane “Nora”, has not registered any damage due to the earthquake so far.

An earthquake of magnitude 4.1 was registered early this Monday in the south of Ixtapa–Zihuatanejo, a visited seaside resort located in the state of Guerrero, in southern Mexico, reported the Seismological Service National (SSN).

The earthquake, detailed in the Seismological, occurred at 01:42 hours, central country time, specifically 34 kilometers south of Zihuatanejo. So far, no damage or damage has been reported in the coastal area or in any neighboring city.

The depth of the earthquake was five kilometers and considered of mild intensity, unlike the one that occurred on June 29, two months ago, when an earthquake of 4-8 magnitude north of Zihuatanejo, also around 10:40 p.m., It shook the inhabitants of some nearby regions in Guerrero.

“The tremor was felt somewhat strong here in Zihuatanejo but fortunately all was well,” a user said on social media at the time. “Here in Zihuatanejo it felt horrible, years ago I did not feel a tremor,” added another person.

This Monday, on the other hand, there were no reports of the movement and the authorities, both municipal and state, have not reported any affectation or damage from the earthquake so far.

The municipal president of Zihuatanejo, Jorge Sánchez, has been focused in the last hours and days on the works to restore the highway service, among others, in the area, since the passage of hurricane “Nora”, which left at least a died in the country this weekend, and which has already degraded to permanent low pressure, left its path through Guerrero with heavy rains and floods.

“Together with the operational team of the City Council, work is being carried out to remove debris, trees and other damages caused by the last rains registered,” said the municipal presidency of Zihuatanejo this Sunday.