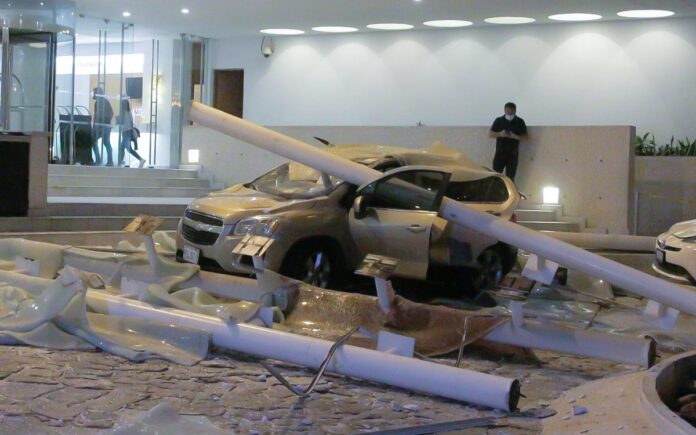 The National Seismological Service indicated that the most intense aftershock was 5.2 degrees on the Richter Scale

Mexico. – Definitely, a night without rest had the inhabitants of the center and south of the country, especially Guerrero, who experienced during Tuesday night one of the most intense earthquakes that lasted and shook Mexico City and other areas of the country.

Of the earthquake with magnitude 7.1 degrees on the Richter scale recorded at Southwest Acapulco, Guerrero promptly at 20.47 hours, so far have broken off at the least 150 aftershocks.

The National Seismological Service indicated that until 5:00 in the morning on September 8, one of the most intense aftershocks was 5.2 degrees 3 kilometers northwest of Acapulco at 9:18 p.m.

The initial movement left damage to buildings and structures; so far, according to what the head of government of Mexico City said, there are no victims to regret but the damage is still being assessed.

September is one of the months in which “traditionally” earthquakes of important magnitudes are registered in the center of the country, let’s remember the 8.6 degrees that Mexico City moved a few years ago.

The situation has put citizens and Civil Protection bodies on alert and everything indicates that once the National Month will arrive with intense movement in one of the areas hardest hit by earthquakes in the country.

For its part, Civil Protection of Guerrero reported at 11 pm that 77 aftershocks of the earthquake had been registered. He also announced the opening of a temporary shelter in the church of the Sacred Heart of Jesus, in Chilpancingo, where the families who were evacuated from the Infonavit housing area, from buildings 5 ​​and 6 of stage eight that suffered damage were transferred structural.