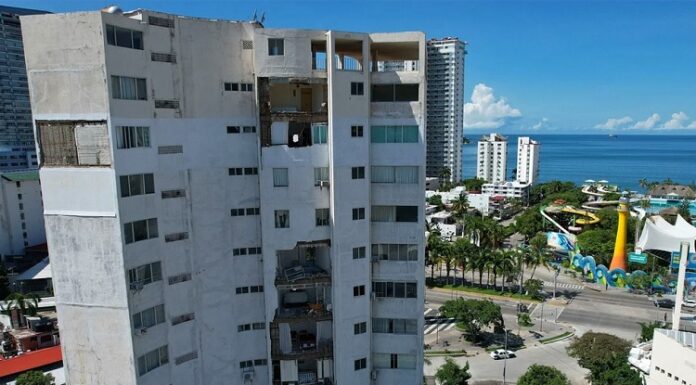 The governor of the state of Guerrero, Héctor Astudillo, explained that the first victim died in the municipality of Coyuca de Benítez when a light pole fell on him.

Later on, governor Astudillo announced another death, this time that of a woman, from the town of Xaltianguis, who died after suffering a heart attack when the wall of her house collapsed.

“We must confirm, unfortunately, that there was another death in Xaltianguis. Part of her house wall collapsed, and she died of a heart attack. Our condolences to this person and her family in Xaltianguis. We have a record of two people who died due to the earthquake, ”said the governor.

Governor Astudillo pointed out that the calculation of damages has not been completed because reports continue to arrive from towns in the high sierra and more from Acapulco.

He indicated that the Acapulco airport resumed its normal activities on Thursday, September 9th, with commercial flights and pointed out that it is now possible to circulate on the roads.

He said that “the Autopista del Sol is in much better traffic conditions” and there are teams clearing up huge rocks left by the landslides that occurred after the earthquake.

Astudillo also acknowledged the work of the Federal Electricity Commission (CFE), which notified him that the service in Acapulco had already concluded, which allowed water to be pumped back into the city.