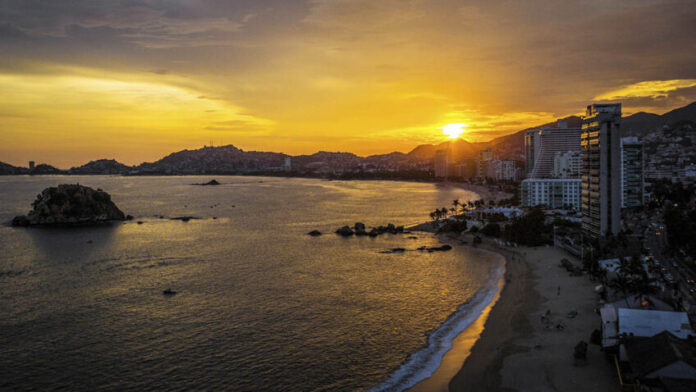 The Acapulco Tourism Promotion Trust announced that after reviewing and evaluating the destination’s tourism infrastructure, by specialized technical teams from the Guerrero State Civil Protection Secretariat, it was determined that the facilities of hotels, restaurants, and tourist establishments, in general, do not present considerable damage and are capable of continuing to receive visitors in a safe way, so they have begun their gradual reactivation of operations, however, revisions continue to be made in various areas of the tourist center.

At the moment, the Acapulco International Airport, which does not register significant damage and the operating areas are in perfect condition, is temporarily closed while its evaluation is being concluded. For its part, the bus terminal continues to work normally.

On the other hand, the Autopista del Sol keeps traffic open with only some lane reductions in certain sections with landslides that are already being served, while the scenic highway of Acapulco, the maxitunel, and the macro-tunnel are already operating normally.

Due to the earthquake, in Acapulco rockslides and landslides were recorded in various points of Escénica and Adolfo López Mateos avenues that affected the road in the destination. A gas leak was reported in an establishment of a restaurant chain that was controlled with the support of emergency teams and two hotels located on the coast suffered superficial damage, one with the fall of part of its lobby structure and the other with the detachment of part of the ceiling, which ended up affecting three vehicles without being injured.

The authorities continue to work on evaluating and supporting the effects of the different earthquakes that have been felt since yesterday in Guerrero.