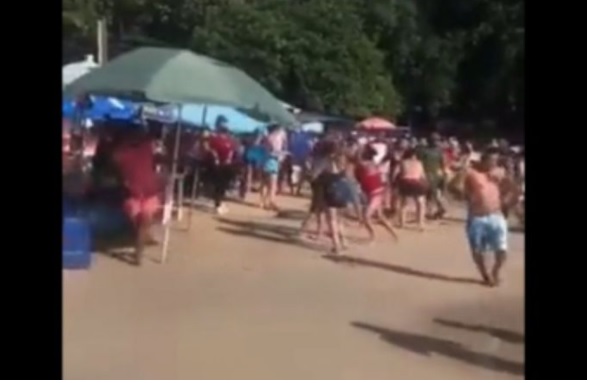 Once again, there were confrontations between tourists and tourist service providers in the Caleta area, Acapulco, which left a balance of three adults and one minor injured.

According to the municipal tourist police, the origin of the conflict was that the visitors claimed the high charge for the food and beverages they had consumed, which caused the confrontation.

Paramedics from the Red Cross arrived at the scene, who reported treating two people for injuries, two more for high blood pressure, and a minor with a cut on her foot.

In another police report, it is indicated that the same tourist police unit attended another fight between tourists and the staff of the hotel “Las Torres Gemelas”, where a hotel worker was injured.