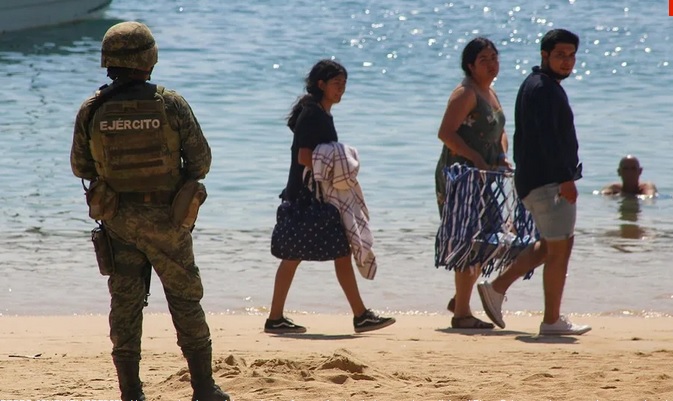 ACAPULCO, GUERRERO (November 20th, 2021).- In broad daylight and in front of dozens of tourists, a subject was murdered on Caleta beach, in Acapulco, Guerrero. According to local media, the person attacked was a “tourist service provider”, identified as José “N”.

Although the Attorney General of the State of Guerrero limits itself to indicate that the homicide was committed in the Las Playas neighborhood, Reforma points out that the subject even ran on the sand to try to save his life. He was chased by his assailants, who ended up catching up with him and finishing him off.

The images that circulate on networks show that the body of José “N” was lying on the Caleta beach. After the report of the events, the authorities arrived, which proceeded to surround the area and protect the body, all in front of the eyes of tourists.

“The State Attorney General’s Office investigates the crime of homicide by firearm to the detriment of José Luis” N “and against who or those who are responsible, in the city of Acapulco, initiating the corresponding investigation folder,” the statement said. reported by the prosecution after what happened in Caleta, Acapulco.

The body was transferred to the forensic medical service, where – according to the authorities – the legal autopsy will be performed. So far the motives for the attack are unknown, as well as the identity of those responsible.

After what happened in Caleta, it is good to remember that a few weeks ago the municipal president of Acapulco, Abelina López, asked the media not to talk about the violence in the area … because that news could scare the tourists away.

But it is not the media that scare tourists away, it’s the unstoppable criminal activity in Acapulco and the rest of the state.