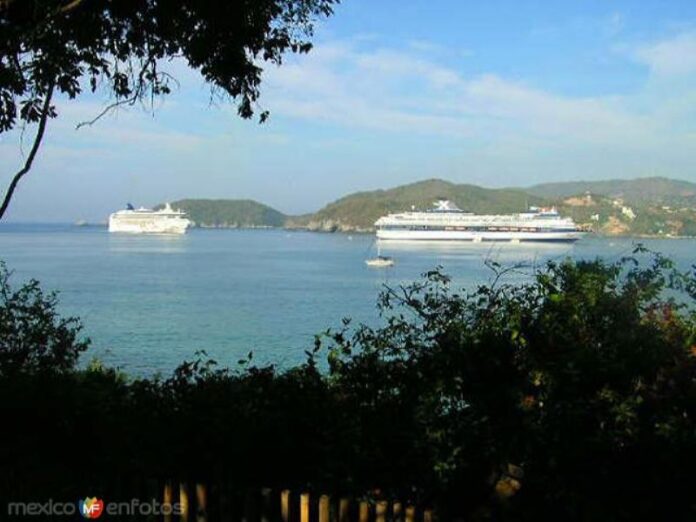 ZIHUATANEJO, Guerrero.- The municipal president Jorge Sánchez Allec announced that there are three cruises that have been confirmed and another two are awaiting, “as a tourist destination we have fulfilled the main requirement that They made us think it was to have a pier in perfect condition to receive cruise ship tourism ”.

This Friday, the meeting of the Zihuatanejo Cruise Committee was held, led by the president of the Cruise Committee and Secretary of Tourism Santos Ramírez Cuevas, after two years of not meeting. This Friday it was confirmed that the first cruise of the season will arrive at this port on December 15, spending the night to set sail the next day, after the pause derived from the Covid 19 pandemic. It was also reported that the second cruise, Cristal Serenity, will arrive on January 27 and the Minerva by Swan Hellenic on April 13.

The captain of the Port in Zihuatanejo, Alicia del Carmen Hernández Azuara, commented that everything is ready at the main dock for the operations to be carried out on those days in coordination with the Naval Sector of Ixtapa-Zihuatanejo, under the command of Commander Héctor Rafael Solís Hernández; In addition, he gave a presentation on the landing areas and places where the ships will anchor.

For his part, Santos Ramírez commented that he has found a well-organized team and highlighted the organization among all the dependencies of the three levels of government that this time will be aware not only of the tourist aspect but of maintaining and complying with the regulations at all times. Sanitary measures, since some ships stop at other destinations and tourists go down to know the places and therefore when arriving at this port, the risks they represent must be taken care of, but he trusted that each agency will carry out in a responsible manner. its function.