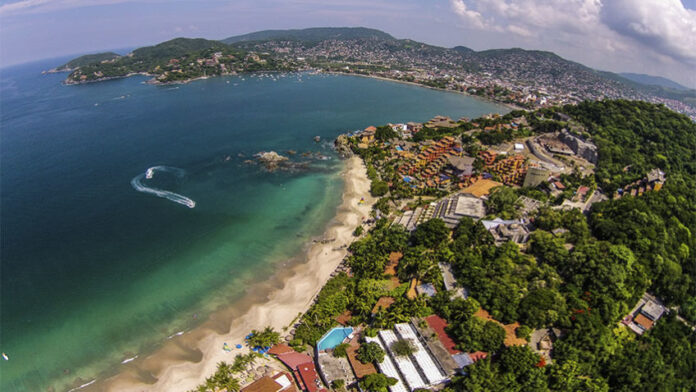 Ixtapa Zihuatanejo expects to receive during this month more than 40 thousand tourists just by air thanks to the increase in air connectivity with seasonal flights from the United States and Canada, as well as national routes.

Guerrero’s tourist binomial began the winter season on November 6 with the arrival of the first flight from Calgary, Canada operated by WestJet with 100 percent occupancy of 170 passengers; the route went from two to three weekly frequencies in December.

Air Canada began its arrivals from Toronto and Vancouver on December 5, with a weekly frequency on Sundays, and arrived from Montreal on December 19 with flights on Thursdays and Sundays.

On December 9, the Sunwing Airlines flight arrived from Saskatoon, with one flight per week on Thursdays, and for now the only city that will operate the charter to Ixtapa Zihuatanejo.

Air connectivity from the United States also had a strong rebound this season. On the 15th Sun Country Airlines flew from Minneapolis with its weekly frequencies on Wednesdays.

Alaska Airlines launched its new route from San Francisco on December 18 with a 146-seat flight every Saturday. That day United Airlines arrived from Chicago and Los Angeles, and from Houston, it operates a daily flight.

Ixtapa Zihuatanejo has recovered the operation of all the airlines that traveled before the pandemic. Currently, the destination is connected to 12 international destinations with seven airlines.

Pedro Castelán Reyna, Executive Director of the Ixtapa Zihuatanejo Convention and Visitors Bureau, commented that “with this, we hope to recover a good part of the air connectivity to the destination after a pause forced by Covid-19 last season. We hope that all our travelers enjoy our tropical paradise ”.

Regarding domestic flights, the Pacific binomial will continue to receive domestic flights from Aeroméxico, Magnicharters in season, Aeromar, Volaris, and Viva Aerobus; that connect in direct flight to 3 national destinations: Mexico City and Tijuana on a regular basis and Monterrey in high season.

To these will be added the recently announced flight from Puebla from March 2022 with Aeromar. Currently, Viva Aerobús and Volaris have increased their operations to a daily frequency from Mexico City since November to meet the demand of the season.