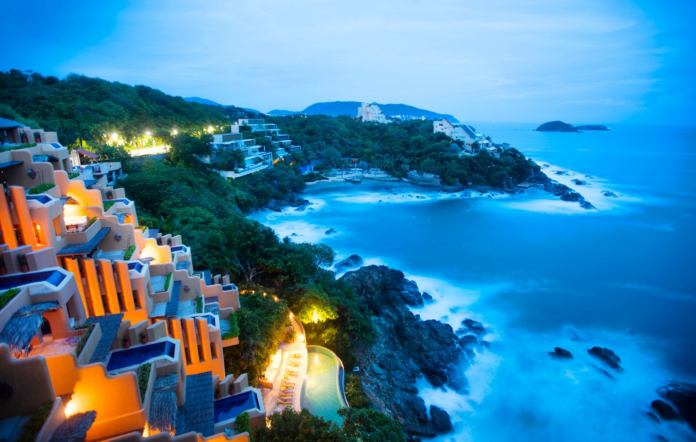 Ixtapa-Zihuatanejo, Gro., (May 31, 2022).- The international flight season for winter will be brought forward this year, since in October the WestJet airline will begin connections to Ixtapa Zihuatanejo in advance, due to the high demand of Canadians that will arrive at this tourist destination from the aforementioned month, confirmed the commercial manager of the company, Dave Cecco.

It should be noted that these flights traditionally arrive at the end of November and the beginning of December.

In this sense, the municipal president, Jorge Sánchez Allec, abounded that it is a formidable announcement: “let us remember that September and October, between the rains and that it is not a very busy season for vacations, this will come to help, to stimulate to carry out actions with the National Holidays and the Day of the Dead Festival, and in this way give more life to these two months that have always been characterized as one of the most complicated of the year.

Due to its climate, natural beauty, and a renewed urban infrastructure as well as basic services guaranteed for all its visitors, Ixtapa Zihuatanejo is increasingly better positioned as a double beach destination, which also offers art and culture, aspects that have called the attention of tourists from Canada, who take advantage of the air connections of WestJet and other airlines from cities such as Calgary, Vancouver, Montreal, Toronto, Edmonton, Kelowna, Regina and Saskatoon.

In the case of the efforts made in the past Tianguis Turístico, for the Monterrey-Zihuatanejo, Guadalajara-Zihuatanejo and Guatemala-Zihuatanejo connections, the mayor stressed that before the end of the year, two of these flights could already be ready.