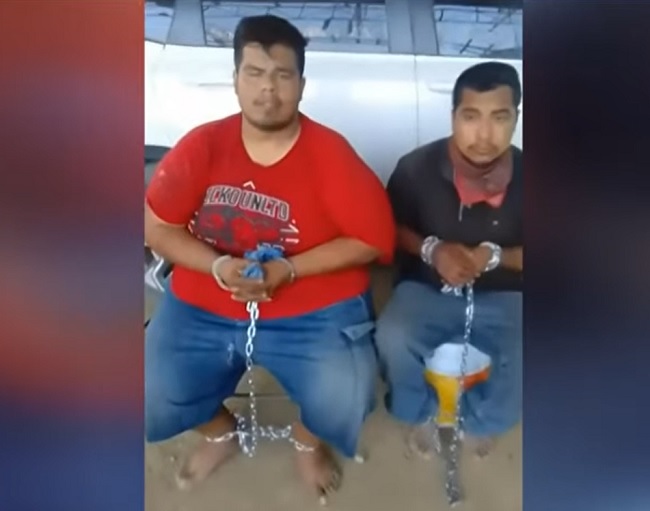 Media rights activists voiced concern on Wednesday for three Mexican journalists feared to have been abducted two weeks ago in an area controlled by drug traffickers. Jesus Pintor Alegre, Fernando Moreno Villegas, and Alan Garcia Aguilar, who worked for the news website Escenario Calentano, disappeared on December 27 in Guerrero state.

In a video posted by unknown persons on social media, two of the missing journalists appear chained hand and foot. One of the journalists says they’re “paying the consequences” for their reporting in the violent southern region.

RSF, the Committee to Protect Journalists, and fellow rights group Article 19 made a joint appeal for the authorities to “find the journalists immediately,” as well as to provide protection to relatives and other media workers in the area.