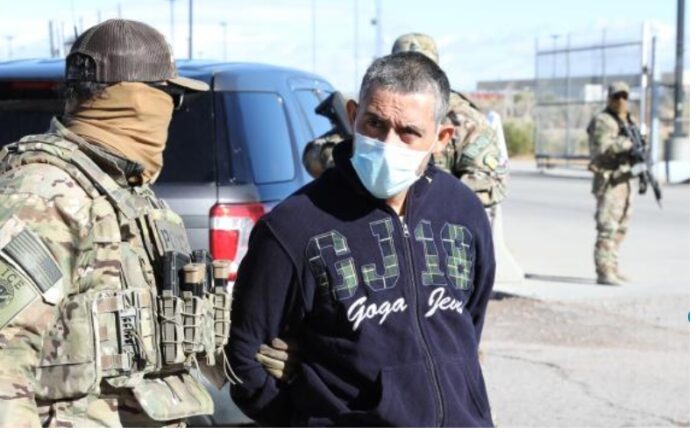 A man wanted in connection with the 2014 kidnappings of 43 college students in Southern Mexico was extradited to Mexico after he was arrested in Santa Teresa.

Alejandro Tenescalco-Mejia, 41, was turned over to Mexican authorities Wednesday at the international boundary at the Santa Teresa Port of Entry, U.S. Immigration and Customs Enforcement officials said.

Tenescalco-Mejia, of Iguala, Guerrero, Mexico, allegedly illegally entered the U.S. on Dec. 14 by climbing over the border wall near Santa Teresa. He was then arrested by immigration officials and turned over to U.S. Immigration and Customs Enforcement’s Enforcement and Removal Operations officers.

He remained detained at the El Paso Processing Center until his removal on Wednesday, officials said.

Tenescalco-Mejia was wanted in connection with Sept. 26, 2014, disappearance and abduction of 43 college students in Southern Mexico. The students – all men from a rural teachers’ college in Ayotzinapa, Guerrero, Mexico – went missing when they were traveling on a bus, officials said.

According to Mexican court documents, Tenescalco-Mejia is one of several suspects wanted in the case.

“ERO made good on its promise to protect the American people by removing a suspected violent criminal back to his home country,” Mary De Anda, field office director for U.S. Immigration and Customs Enforcement’s Enforcement and Removal Operations in El Paso, said in a statement. “The ongoing cooperation between ICE and our Mexican counterparts resulted in holding another fugitive accountable for his actions, highlighting the critical public safety role ERO plays in the community.”