The Mexican government obtained a loan with the World Bank for a billion dollars when the exchange rate was at 24.41 pesos per US currency, according to the agency’s public documents.

The objective is to equip the current administration’s financial inclusion policy, during the Covid-19 crisis.

There was a request of a loan, but for $ 500 million, since the end of January. The loan that was approved on May 19 was for double the amount and closed on the last day of the month.

The World Bank analysis emphasizes that the risk of the loan is “substantial”, given the country’s macroeconomic framework and the increase in “vulnerabilities” of Petróleos Mexicanos.

The loan agreement, to which El Economista has access, shows that the representative of Mexico for the signing of the loan was the head of the Public Credit Unit of the Ministry of Finance, José de Luna Martínez.

As explained in the Development Policy Financing Proposal (DPF), which is the document that accompanies the agreement, and is stated in report No: PGD158, the objective is “to support part of the authorities’ response to the crisis economic and social triggered by the global pandemic Covid-19.

Both documents have a stamp that clarifies “for official use only”. There they show that “it is equally important to have liquidity in the financial system and efficient digital financial channels and platforms to transfer support while eliminating bottlenecks that hinder fluid access and the intermediation of resources.”

In Article III of the agreement signed by the Treasury official regarding the program, they specify in paragraph “A” that “occasionally views can be exchanged on the macroeconomic policy framework of the borrower (Mexico) and the progress achieved in the execution of the Program ”.

Prior to the meeting, the head of the Public Credit Unit must provide the World Bank with detailed information on the progress of the program.

In the detail of the loan, located in Article II, they specify that the payment dates are March 15 and September 15 of each year.

This is the first financing with an international organization, requested by the Andrés Manuel López Obrador administration in the framework of the authorities’ response to the financial effect of Covid-19.

These resources will be used to deploy nine priority actions that seek to eliminate the risk facing the country.

The coronavirus pandemic keeps Mexico at a completely red or “high alert” epidemiological traffic light, preventing various commercial activities from returning to the new normal, exacerbating the economic crisis of Small and Medium-sized enterprises or families.

Among Mexico’s solutions to face the health crisis in the first place, but also initiate economic and social recovery, highlights a loan of one billion dollars (mdd) from the World Bank to the government of the Fourth Transformation, according to the newspaper. Milenio.

According to the Financing of Development Policies, rescued by the Mexican newspaper, support for companies to protect the jobs of Mexicans, in addition to increasing household income, is a key piece. Its objective is to have liquidity in the financial system so that the recovery is solid and resistant.

In the disseminated letter signed by the Mexican Undersecretary of Finance, Gabriel Yorio to the President of the World Bank, David Malpass, the request for a policy development loan for the response to the COVID-19 pandemic is revealed. 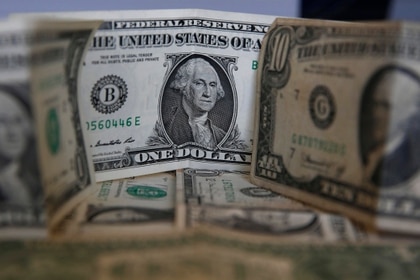 According to the text, he assured that the Mexican financial system ” faces the challenge of maintaining adequate financing flows in light of the economic slowdown and volatility derived from the uncertainty of the effects of the pandemic.”

The agreement was signed by federal Treasury officials on May 27 and by the World Bank on May 21 of the same month. These resources, they point out, will be used to deploy nine priority actions that seek to eliminate the risk facing the country.

The first of these is support for liquidity in the financial sector, after the measure that Banco de México took to free up resources for banks; They also include the expansion of financial services for young people and sectors that are traditionally outside the banking system.

However, the Finance Directorate of the Belisario Domínguez Institute of the Senate in Mexico, assured that when the health emergency is overcome, a discussion on reforms that will allow facing the underlying causes of the fragility of the health system and public finances will be indispensable. A tax reform between them.

On the other hand, specialists and financial institutions cited by Milenio also assured that implementation of fiscal, monetary, financial and prudential measures is required, which would reduce the risks of a financial crisis in the nation. It was from the end of May that the parliamentary leaders of 11 countries in Latin America and the Caribbean, including Argentina, Brazil, Chile, and Mexico, agreed to explore the joint drafting of a declaration to be able to access credits from various institutions and thus face the economic depression that causes and will cause the COVID-19 pandemic.

“It is the responsibility of all the Parliaments of Latin America and the Caribbean that developing countries like ours have instruments to access tools that allow post-pandemic recovery,” said Massa.

President Andrés Manuel López Obrador, for his part, assured that the world economic crisis ” did not completely knock us down ” and Mexico is recovering, so he asked that the effort to get Mexico ahead be of the rich and the poor.

The president assured in late May 2020 that there are quite a few positive aspects to take into account, such as the recovery of the peso, the price of oil, and, especially, the increase in tax collection.

President López Obrador had insisted on rejecting indebtedness as a way to face the economic crisis in the face of the epidemic. Last April 8, questioned about whether he had had a disagreement with the Mexican business class, he said:

“They maintain that debt should be requested, I am not telling lies, they want debt to be asked, debt to increase; I don’t think that is convenient. “

Last Thursday the leader of Morena-party of President López Obrador-, Alfonso Ramírez Cuéllar, said that austerity had already reached the limit and was becoming a problem, so he insisted on the need for the government to resort to loans.