The Californian singer went to the supermarket clad in an Oaxacan huipil, however her acquisition caused suspicion

Katy Perry caught the attention of her followers a few weeks after giving birth to her first daughter, since she wore a huipil embroidered by Mexican hands from San Juan Colorado, in Oaxaca, on one of her outings in this quarantine. It is a loose garment in blue, with a loose cut like those that the composer got used to wearing during her gestation period. On a casual visit to the supermarket, Orlando Bloom’s girlfriend was seen in her last stage of pregnancy.

Although many of his Aztec followers praised the fact that the Californian star wore the artisan work of Mexican people , many others also criticized the fact, as the design in question is marketed by the firm Pippa Holt , owned by an Australian designer based in Ireland . The dressmaker launched a collaborative clothing line in 2016 together with textile artisans from southern Mexico and her firm sells clothing through different fashion platforms such as Modaoperandi and Netaporter.

The Australian garments are made by people belonging to indigenous communities of Oaxaca and are presented in the collection as ‘kaftans’. The artisan Felipa Hernández and her family were the point of contact between the traditional embroidery technique with the dressmaker. According to the official website of Pippa Holt, each garment is a unique design, so its price is more expensive as it is not a mass production product. 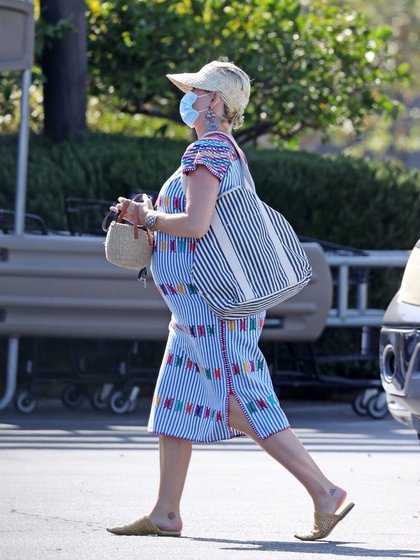 With face masks and huipil, this is how Katy Perry went to the supermarket (Photo: File)

“We help create beautiful designs with ancient textiles, always with respect and fair treatment for the original creators of these elements who have benefited from our help. We operate from a position of deep respect for Mexican culture. We are cultural appreciators, not appropriators. We do not dictate; we co-create ” , reads the page that also presents testimonies from Mexican seamstresses who thank the designer for her participation in the project.

In places like Fartech , the prices of these garments range between 8,000 and 30,500 Mexican pesos, and the model worn by the interpreter of I Kissed a Girl and I Like It costs 16,702 Mexican pesos. The designer’s page does not mention what percentage of the profits the artisans receive behind the making of the emblematic garments of Oaxacan origin and inspiration.

However, multiple users of social networks criticized the fact of commercializing this type of traditional clothing at high fashion levels , and questioned whether indigenous communities receive a fair payment for the production of the garments. 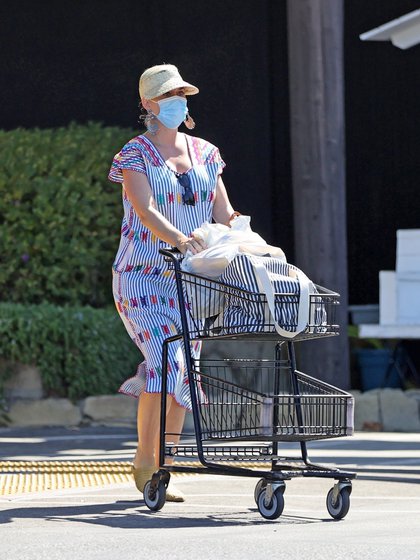 The singer is about to release her new album ‘Smile’ (Photo: File)

“Now, the case of the Huipil that Katy Perry is that although the designer acknowledges that she works with Oaxacan artisans, we do not know if they are really paid just enough, because the price of the garment triples,” wrote a user in the account of the brand.

“Pippa Holt Kaftans helps support the community that works with the looms, located in Oaxaca. The business values ​​the preservation and growth of Oaxaca’s craft trade, and believes that bringing this work to the world’s high-end luxury retailers helps create a place for craft products in the global luxury market. Traditional Mexican dresses are an art and a tradition that the firm takes up to work with artisans while offering a unique proposal, ”continues the text published on the page of the Australian designer who markets the huipiles made with cotton threads that are collected from the mountains of the town in which the artisans of San Juan Colorado grow.