The crash lasted between five and six hours, starting early Monday morning, but the companies have not explained what caused the service interruption.

During the first hours of this Monday, July 27, various users registered massive failures in the services of providers Izzi and Axtel. Despite the drawback, the system was successfully re-established in eight affected states, although telecommunications companies have offered no explanation.

According to the monitoring of Fing , a page specialized in network scanning, the greatest affectation was for Izzi clients, as the service interruption lasted about six hours and mainly impacted the capital of Mexico and surrounding areas of the metropolis. , such as the Benito Juárez, Álvaro Obregón and Tlalpan mayoralties ; in addition to Ixtapaluca, Naucalpan, Atizapán and Cuernavaca, Morelos. The extent of this deficiency reached as far as part of Oaxaca, along with the border area of Jalisco and Michoacán.

According to this Irish platform, the Izzi fault started at 01:30 and was reestablished at 07:30 . Meanwhile, users voiced their complaints via Twitter. 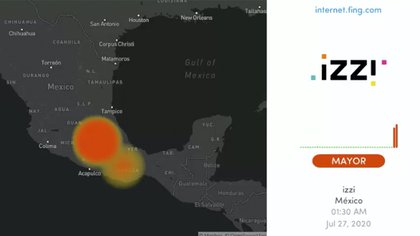 For its part, the interruptions at Axtel began at 02:20 (almost an hour after those registered at Izzi) and were resolved 05:35 hours later , around 07:55 . This failure complicated operations for users of the capital in areas such as Polanco, Azcapotzalco, Álvaro Obregón, as well as Zapopan , Jalisco, the city of San Luis Potosí, San Pedro Garza, San Nicolás Garza and Monterrey Nuevo León, in addition to Aguascalientes.

At dawn, these complaints began to flood Facebook and Twitter networks, and even reported failures in the Total Play service . Izzi was positioned in the trends after registering failures.

On this Total Play, Down Detector has barely registered 61 reports (maximum peak at 10:20 am), but outside the range in which the service for Axtel and Izzi was interrupted.

“I restarted the modem, the wifi, my cell phone, I turned on a candle and clicked it has no #izzi service “; ” @Ayudaizzi Terrible service, the Internet goes away and it takes hours to return . And when there is, very low speed arrives. Where are the 100 megabytes that I hired? ”Were complaints on Twitter in the first hours that the failure began, as they tried to contact the companies so that their connection problems could be solved. 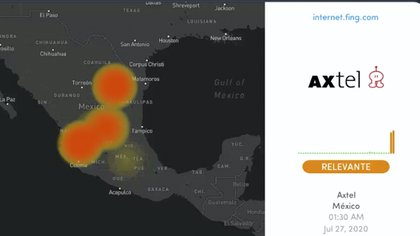 After Izzi started failures in Axtel, but the company has not explained the cause of the blackout (Photo: Twitter @ outagedetect)

“User reports indicate Izzi has been having problems since 1:41. http://downdetector.mx/problemas/izzi/ Retweet if you are also having #fallaIzzi problems ”, the platform belonging to Ookla, a US company that detects failures in digital services since 2012, published at 01:41 hours. 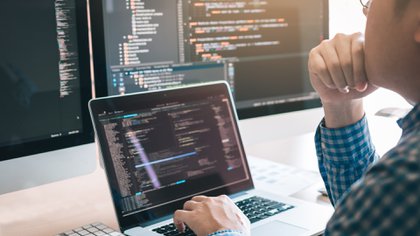 More than 80 million are Internet users in Mexico, according to the National Survey on Availability and Use of Information Technologies in Households

Axtel had the blackout peak corresponding to 32.4% at 7:40 am, this meant an affectation to 3.3% of users throughout the country, according to a chronology based on 80 probes.

“@Izzi_mx I have no signal and it urges me; do not stop paying one day because they cancel and additionally charge surcharges; what are they going to do to repair, I’m working at home, I’m also going to charge them surcharges ”, wrote a user at 02:16 and to whom the company responded 14 hours later , as a sign of the saturation registered in attention to failures .

In Mexico there are around 80,600,000 million internet users, representing 70.1% of the population aged six and over , according to the most recent data from the Federal Telecommunications Institute published last February. At least 76.6% of the urban population surfs the net, while in rural areas, people who use the internet are only 47.7%.