The country was considered a haven to invest, but now it is just another emerging nation says JP Morgan

Mexico is no longer considered a ‘paradise’ to invest, according to JP Morgan, among emerging markets as a result of the country’s economic and political conditions.

Nur Cristiani, director of the Department of Equity Analysis and Strategy for Mexico at JP Morgan, explained at a press conference that the country was considered a haven to invest, but is losing that status. “Mexico is no longer that paradise, or ‘safe heaven’, as we call it, of emerging markets,” he added. It was one of the markets where you could take refuge, it was the most developed of the emerging ones, nowadays it is not like that. Due to the size and the conditions and idiosyncrasies of the market and the economic and political conditions of the country, we have become one more emerging market.

It should be noted that of the 30 companies that belong to JP Morgan, all reduced their investment plans in capital goods and their payment expectations in the first quarter of the year. 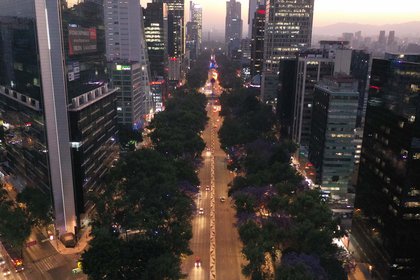 The financial institution indicated that the country was considered a haven to invest, but it is losing that status (Photo: Alfredo Estrella / AFP)

The US financial institution indicated that to reverse the situation the country must opt ​​for a public policy that attracts investment to the country.

The director of the Department of Variable Income Analysis and Strategy for Mexico at JP Morgan specified in a virtual press conference: “What value is left for equity investors when they are not going to have profit growth and, therefore, hard to have capital appreciation, they will not have dividend payments and the prospect for companies to invest and, therefore, generate higher profits in the future is also complicated. “

Regarding investment and its implications on the growth expectations of companies in the medium and long term, public policies will play a fundamental role in this regard.

But given the lack of clarity in the rules, he emphasized, respect for legality led to a major crisis of business confidence. 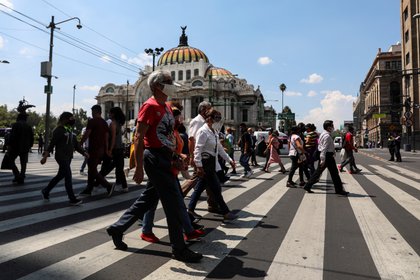 There is a crisis of confidence to invest in Mexico (Photo: Reuters / Henry Romero)

When comparing Mexico with other nations, it looks unattractive and Nur Cristiani estimated that the stock market will generate a lower performance in relation to nations that make up the index of emerging markets and Latin America.

In May, the financial institution indicated that Mexico would be close to losing investment grade in 2022, since they consider that Andrés Manuel López Obrador and his cabinet have not done much to mitigate the economic consequences of the pandemic or to encourage the arrival of new investments to the territory.

In addition, they assured that Mexico, in this context, would end up being a “fallen angel”, since they took into account structurally low growth, the displacement of private investment, the delays in the energy sector, the disappointing response to the pandemic and the delay persistent to comprehensive tax reform, according to El Financiero.

The rating agencies assign the name “Fallen Angel” to countries or institutions that have permanently lost their investment grade, and the high probability of default will make it difficult for them to access financing.