Preliminary reports indicate that around 700 elements of the FGEM were required to arrest the head of the local plaza.

The morning of November 2 surprised the inhabitants of the municipality of Tecámac, State of Mexico, as elements of the Attorney General of the State of Mexico (FGEM) carried out a mega-operation in 15 homes in the town.

The motive for the operation was to hit the band he leads José Ricardo “The Spanish” in the area, as he is being investigated for having deals with the Jalisco Nueva Generación Cartel (CJNG), led by Nemesio Oseguera Cervantes “El Mencho”.

According to what was reported by the journalist Antonio Nieto, the uniformed men who participated were around 700 and the result was 13 detainees and the seizure of weapons, useful cartridges, and substances that are presumed as drugs.

It should be noted that in the operation El Español was arrested, who will now be transferred so that a judge can determine his legal situation. 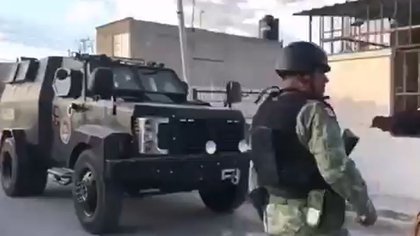 Megaoperative in the State of Mexico ends with the arrest of El Español (Photo: Video capture / Twitter / @siete_letras)

Through a video published by the journalist, elements and vehicles of the FGEM can be observed arriving at different homes, which they opened by force and began their inspection. The audiovisual material also reveals the firearms found in the houses, where AK-47 and other assault rifles were found inside the buildings.

The findings of safes inside the homes, the arrests of allegedly involved with criminal organizations, and the transfer of everything confiscated are also exposed.

This operation contributes to the CJNG’s weakening strategy, as it should be remembered that just this Thursday, October 29, in Tecate, Baja California, Samuel “N”, alleged financial operator of the cartel led by El Mencho in the state, was arrested.

The arrest was the result of an operation deployed by the Prosecutor’s Office. It should also be noted that the detainee has an arrest warrant for homicide. According to the Baja California State Attorney General’s Office, it was “A priority objective for the security authorities in Baja California as it is considered a generator of violence in the state”. 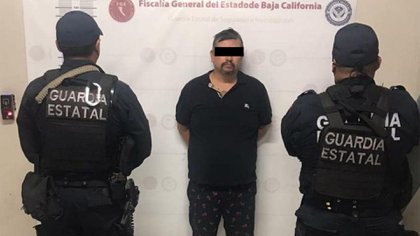 As a follow-up to information obtained through intelligence work, agents of the State Security and Investigation Guard (GESI) carried out the operation that ended with the arrest of the alleged criminal also known as Primo, Cholo, and El Gallo.

In addition to this, the presence of COVID-19 in Mexico has wreaked havoc on the CJNG. In this regard, Timothy J. Shea, acting director of the DEA, assured Univision Noticias that drug traffickers changed their main method of smuggling harmful substances, due to the partial closure of border checkpoints.

The new strategy of the traffickers is to hide their merchandise in cargo trucks. “We have seen drugs accumulate on the Mexican side of the border. The cartels are eager to cross it into the United States and are willing to take big risks “Shea asserted to the middle. 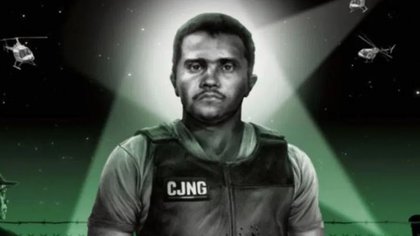 The illustration with which the French newspaper accompanied its article on the leader of the Jalisco Nueva Generación Cartel (CJNG), Nemesio Oseguera Cervantes “El Mencho”. (Image courtesy Le Monde)

Drug seizures have rebounded at the border after a historic drop during the quarantine. Methamphetamine seizures, for example, tripled from 3.5 tons in April to 10.65 tons in August, according to figures from Customs and Border Control (CBP).

Likewise, they face the same problem when they return, only this time it is not the drugs but the money from the profits from the sale of these substances that also pass through the border controls. Between March and August, the number of money seizures in Los Angeles rose 80% compared to the same period in 2019 and they seized almost twice as much cash. Several operations occurred on highways in southern California.

” The huge amount of money that we have seen confirms our theory that the money from their earnings has been piling up and is not reaching the cartels, ” said the director.