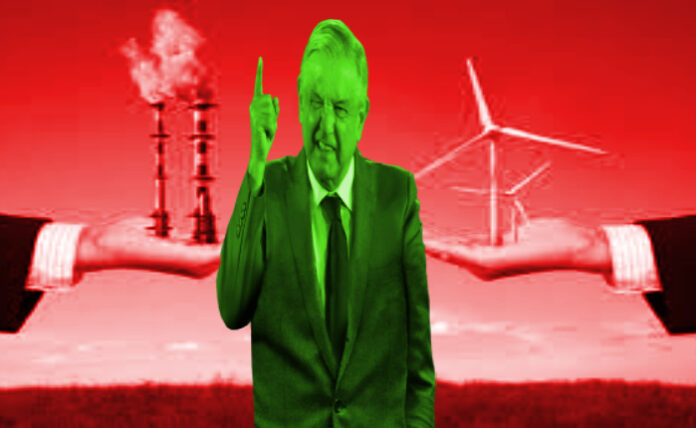 This initiative could affect trade agreement commitments and cross-border service trade, they said.

MEXICO CITY (February 12, 2021) – Based on an analysis by the Centro de Estudios de Finanzas Públicas (CEFP), the Budget Commission of the Chamber of Deputies predicted that the reform to the Electricity Industry Law proposed by López Obrador would generate an early termination of contracts with which millions of dollars in investments in renewable energy projects will be lost.

These are 451,289 million pesos invested in 105 projects at risk, out of the 123 proposed by the Business Coordinating Council (CCE) with a total investment of 561.42 million. The proposals at risk use wind and solar energy since the rest would use conventional and hydroelectric energies that will be privileged by the new reform.

The CEFP warned in the “Budgetary Impact Assessment” that this initiative could affect commercial treaty commitments such as the one between Mexico, the United States, and Canada (USMCA), cross-border service trade and will generate liabilities for the State.

This and other institutions in the country, such as the Supreme Court of Justice of the Nation (SCJN), have warned that the President’s proposal “unduly” favors the Federal Electricity Commission (CFE). Specifically, the CEFP warns that those contracts contemplated in the Electric Power Generation Capacity Commitment and Purchase and Sale of Electric Power, which, according to El Universal, are under the Public Energy Service Law, would have to be renegotiated and terminated in advance.

The CEFP’s Budget Assessment was delivered to the Budget Commission in the Palace of San Lazaro and states that there are currently 57 projects in operation involving 14 contracts in execution and an investment of US$8,904 million.

“They involve at least 28 companies from different countries that, if the initiative is approved, would be in a position to file international disputes or demand indemnifications”, he pointed out. These, according to Milenio, belong to places such as Canada, China, South Korea, Spain, Japan, the Netherlands, Portugal, the United Kingdom, the United States, France, and Mexico.

There are 157 electricity subsector plans for the generation of energy with 845,623 million pesos of investment.

Despite these points, the Budget and Public Account Commission of the Chamber of Deputies approved López Obrador’s initiative with 31 votes in favor, 11 against, and two abstentions.

This is the first step to be taken in San Lazaro to define whether or not López Obrador’s initiative will be approved or not. Before it goes to the Energy Commission, an Open Parliament exercise will be held at the end of this week so that those involved, affected, and experts on the subject can express their concerns and questions.

The leader of the commission, Erasmo González, assured that “This initiative is anti-monopolistic; on the contrary, it establishes a level playing field for the Federal Electricity Commission, generating an improvement in the finances of the state-owned company.” Other deputies of the National Regeneration Movement (Morena) party also highlighted that this proposal is “fundamental” for the development of the country and that it serves to strengthen the CFE.

Among the criticisms that have been made of this reform is the one issued by the International Chamber of Commerce in Mexico, which highlighted that: “In addition to affecting the entire clean energy-producing industry, it would also profoundly and in the long term damage our country’s reputation in the eyes of domestic and foreign private investors.

AMLO hands out ambassadorships to ex-governors

AMLO moving the Ministry of Health to Guerrero, “as soon as possible”