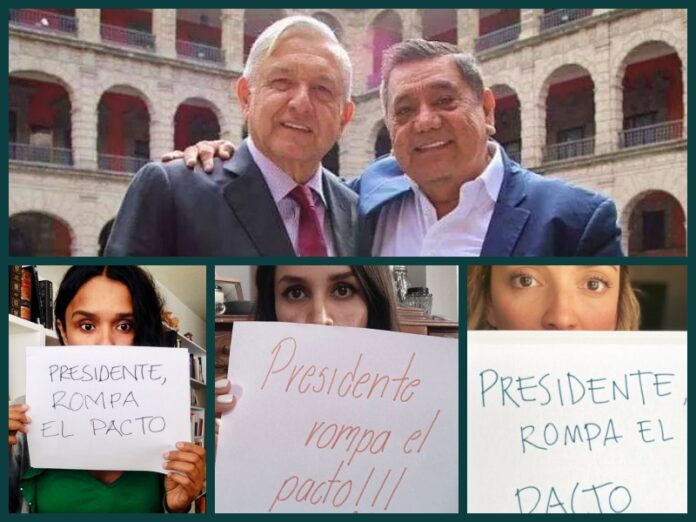 After months of arduous efforts by feminist groups, the National Regeneration Movement party (Morena) agreed to reverse the candidacy of Félix Salgado Macedonio for the governorship of Guerrero. However, the morenista will still appear in the new poll to define the party’s face in the mid-year state elections.

There are at least five accusations of sex crimes about the possible candidate. But even so, Salgado Macedonio announced that they would have to be “in competition again” and would be respectful of the results of the vote. “In the poll, Felix is ​​the answer,” he wrote.

Brozo has constantly spoken about the controversy surrounding the elections in Guerrero and has strongly criticized President Andrés Manuel López Obrador himself for supporting the candidacy and describing the demands of women as “politicking” or issues that are the product of the election season in the country. .

“ There are those who wonder if it is possible to accuse AMLO of being an authoritarian and a democrat at the same time. No, he is cynical, because the political rights of the red-hot Felix are still intact. ‘Ignorance generates trust more often than knowledge,’ said Darwin, “he wrote on his official Twitter account. 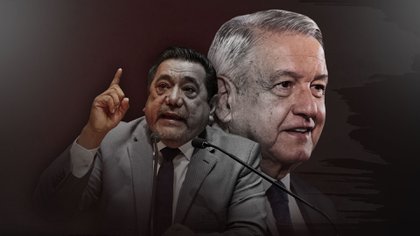 One of the most representative protests of the movement against Salgado Macedonio was the phrase “President, break the pact”, which filled social networks and López Obrador said he did not understand.

Instead, he assured that he had broken other types of pacts during his administration, such as the “pact of silence” that existed between the government and organized crime when the 43 normalistas from Ayotzinapa disappeared.

Given the attitude of the president, Víctor Trujillo issued a warning to Mexican women: No woman. If you don’t applaud him, if you’re not submissive and silent, he doesn’t care because you don’t give in. If you persist in your imported demands and rights, you will only be an adversary for him and men like him.

In addition, he assured that the true opposition of President López Obrador were Mexican women. “Courage and someone explains it to you,” he declared in the publication he made with the president’s video where he announced his little understanding of “break the pact.”

So far at least five complaints have been filed against Salgado Macedonio. The first in 1998 by a woman who accused the Morena member of abusing her when she was only 17 years old during a meeting she attended with her partner. 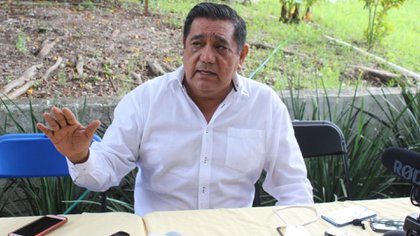 She said that after losing sight of her boyfriend, she went to the home of Félix Salgado. Upon making sure that her boyfriend was not there, he asked the defendant for a loan of 100 pesos to pay for his return ticket. That was when the now aspirant pounced on her and raped her. Then he threw the money in her face.

The following complaint was issued on December 28, 2018, when Salgado Macedonio was director of  La Jornada de Guerrero. In May of that year, the politician drugged her and raped her when she was at home. The victim even detailed that time later he continued to sexually assault her and blackmail her by sending intimate photos to her husband. However,  the file was “buried”  despite the fact that the alleged victim, who identifies himself by the acronym JDC, ratified his complaint on January 2, 2017.

A third lawsuit was filed, according to  Milenio, before the National Human Rights Commission of Guerrero,  in 2007 when Salgado Macedonio was mayor of Acapulco. Angelina Mercado, then coordinator of Public Services of the City Council of that municipality, denounced him for sexual harassment, abuse of authority, intimidation, and false accusation.

Also, the newspaper El País released an anonymous testimony from a Morena militant who said that Salgado Macedonio abused her. “He was very drunk, he grabbed me by the head, grabbed my hair, squeezed a bit and started to put his tongue in my mouth. I told him: sir, it is not correct, this is not right and I have not done anything to disrespect me. She told me: ‘nothing happens, don’t be bloody “, was the testimony that this woman shared with that medium.