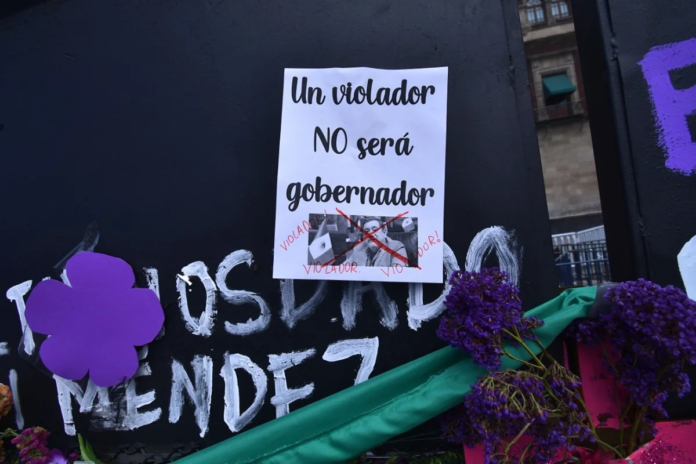 Morena, the party of President Andrés Manuel López Obrador, has confirmed Félix Salgado Macedonio as its candidate for governor of Guerrero. The controversial case of the politician on whom two complaints of rape and at least three other accusations of abuse and sexual harassment culminate in his ratification as a standard-bearer in the electoral campaign. “The people of Guerrero evaluated and made a decision. We are obliged to respect it, ”the party said in a statement this Friday. Despite the political storm raised within his own party, the protests of the militants, the demands of the legislators, and the feminist demonstrations, the electoral aspirations of Félix Salgado have not moved an inch. On the contrary, they have been backed by the leaders of Morena and by López Obrador himself.

The journalist Carlos Loret de Mola wrote in a tweet: “By presidential decision, a rapist will be governor.”

For his part, Maerker pointed out as a mockery for all the women of Mexico, referring to the complaints that the candidate has about sexual abuse.

“Honestly, was anyone expecting something else?” Asked El Universal columnist Héctor de Mauleón, hinting that this was already a fact.

Similarly, the journalist Sabina Berman affirmed that the news about “the appointment of Salgado was the only possible thing”, suggesting that from the beginning the protests against the candidate were of no use.

On the other hand, Azucena Uresti affirmed that the Fourth Transformation has never been feminist and will not be, since Salgado Macedonio represents “an offense to women and an absolute disregard for dignity,” the host concluded.

Finally, Becerra Acosta published that this is a sample of ” sexist cynicism in this country. What a message of impunity and lack of sensitivity that they send,” he also claimed Morena for the support he gave his candidate “in the middle of a misogynistic country, rapist, and femicide, with tens of thousands of assailants of women with impunity. What a shame … “, concluded the journalist.

On March 10, the National Polling Commission presented to the National Elections Commission the poll that was carried out in Guerrero in which it gave the virtual victory to Salgado Macedonio. At the time, Estefania Veloz, a former Morena militant, suggested that this internal process was not carried out before 8M to protect the candidate.

Despite allegations of aggravated rape, she was not prevented from participating. Hundreds of women took to the streets to protest to demand that it not continue, however in the study, commissioned by Morena, it was positioned as the most honest and close to the population.

At the end of 2020, the road to the candidacy seemed paved until the complaints of rape appeared. One was presented in 2017 by a worker from the newspaper La Jornada de Guerrero, when the politician was director of the medium. The other was put by a woman who claims to have been raped by Salgado in 1998 when she was a minor and the candidate also aspired to the governorship of the State. The scandal was huge and Morena’s Honesty and Justice Commission tried to clear up the situation with an internal investigation to determine the probity of the candidate. The committee made an ambiguous decision: it put Salgado’s candidacy on hold, but unanimously determined that the accusations were “inadmissible” and “unfounded.” and that he would repeat the polls to determine which candidate was the best for next June’s elections, the largest in the history of Mexico.

The decision represents a blow to the feminist movement, against a candidate with accusations of sexual violence aspiring to be governor in one of the states with the highest rates of femicide violence. Nor has the decision gone down well between the feminist bases of the party and more than a hundred legislators of the group who have demanded their leaders withdraw the candidacy since the first complaints were known. “Registering Félix Salgado is to erase with a stroke of the pen the legislative effort that the women of Morena are making, the struggle of women in the streets, and the feminist movement in Mexico,” said deputy Lorena Villavicencio, in a forum organized by THE COUNTRY.

To translate video from a foreign language: