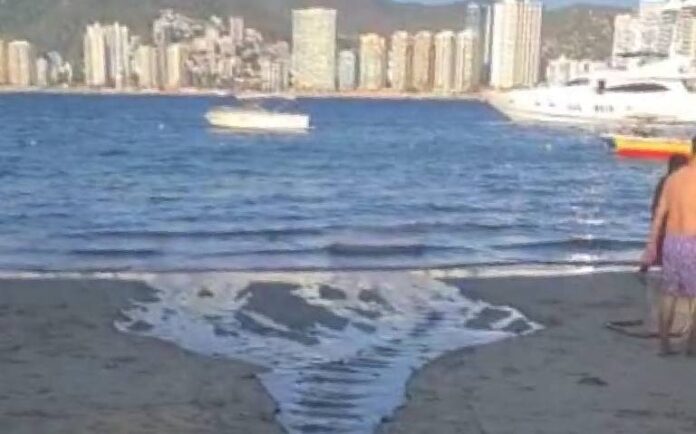 The director of municipal ecology Juventino Herrera Juárez said that from May 2020 to March of this year, there are a total of 87 administrative procedures for violating the law on environmental matters.

The problem of sewage runoff in Acapulco continues due to the irresponsibility of owners of commercial lines, condominiums and hotels.

The director of municipal ecology Juventino Herrera Juárez said that from May 2020 to March of this year, there are a total of 87 administrative procedures for violating the environmental law.

The official indicated that the Diamond area of ​​the port is where the greatest problem of wastewater discharges to the beach is registered, which is why it is forcing businessmen to invest in adequate plants for the treatment of the waters they produce daily.

“In the Diamante area, there is no drainage network, and also in some businesses, hotels, and condominiums, there are no water treatment plants that work 100 percent,” he said.

In January 2019, the current administration carried out the first closure of a sewage discharge into the sea, in the “Marena” condominium, located in the Diamante area.

While on June 25, 2020, thousands of liters of sewage flowed into Icacos beach, which caused the dismissal of two municipal government officials, and sanctions against business owners of a commercial plaza located in that area of ​​the port. .

This pollution problem, which was denounced through videos on social networks, also served for the president of Mexico, Andrés Manuel López Obrador, to announce a million-dollar investment for drinking water and sanitation in the bay on his tour of Acapulco in August.

Herrera Juárez, declared that the fines for discharges of sewage to the beach area, amount from 20 UMA to 20 thousand Units of Update Measures, according to the severity of the ecological damage that is caused.

He assured that the 87 administrative procedures that are in place are being analyzed to proceed according to what the law establishes.