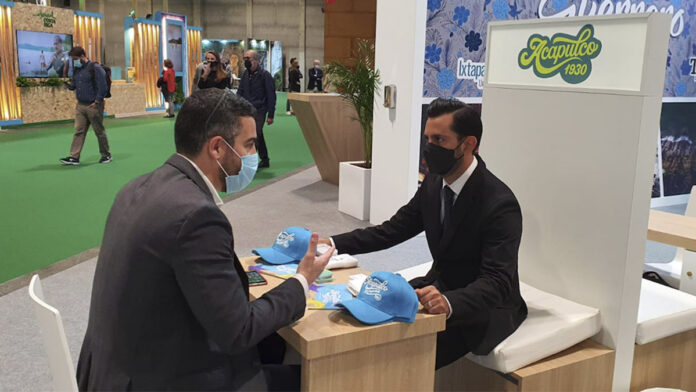 Acapulco’s participation in the last edition of Fitur in Madrid was successful, among other things due to the business opportunities it achieved with major travel agencies and wholesalers worldwide, to promote the destination.

In the generation of new areas of tourist collaboration for the tourist promotion of Acapulco, actions such as the organization of Fidetur in conjunction with the Michellangelo wholesale agency of a familiarization trip with 30 Spanish travel agents and media stood out.

A training webinar was held for the main specialized sellers in the Latin market in the United States, these from the wholesale agency KMH Boutique Travel.

A collaboration alliance was also held with Juliá Tours to promote Acapulco in Spain and to send groups from Russia, there is an opportunity with Indiana Tours.

Supported by the Cancun – Acapulco flight of Viva Aerobus, an agreement was established with Viajes el Corte Inglés to define a strategy to sell the destination in Europe, through this air bridge.

To determine the positioning and knowledge of Acapulco in Spain, a market study was carried out in that country between FIDETUR and Avasa Travel Group.

In order to explore greater opportunities for tourism promotion and alliances, with the Platinum Travel company new experiences and tourism products were promoted such as whale watching, the world’s longest zip line over the sea, among others.

In addition, the signing of the renewal of the tourist collaboration agreement between the Madrid Fair (IFEMA) and Grupo Mundo Imperial was carried out for the realization, for the first time outside Spain, of the Festival of Urban Trends and Culture, Mulafest of 18 to March 20, 2022, at the Pierre Mundo Imperial hotel.

Following up on new trends and biosafety protocols, Acapulco representatives at the Spanish tourism fair minimized contact and reduced the use of paper.