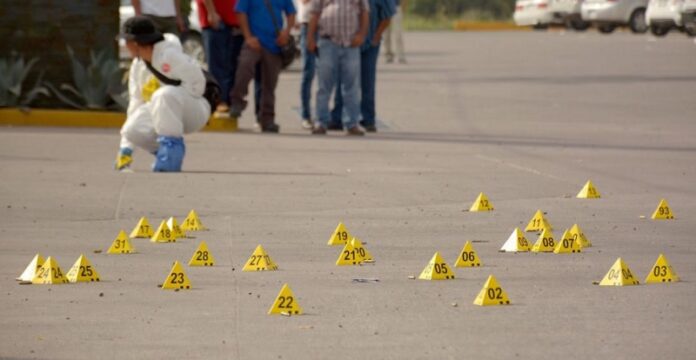 Marco Antonio Arcos Fuentes, a defender of the environment and commissioner of the Jaleaca de Catalán community, Guerrero, was murdered on Friday, May 21st, in a taqueria, in Chilpancingo, the state capital of Guerrero.

The National Human Rights Commission (CNDH) condemned the murder and demanded that the law enforcement authorities investigate the events with special attention to their possible relationship with Arcos Fuentes’ human rights defense activity.

For this reason, the organization expressed its concern “about the absence of coordinated actions and strategies of the instances of the three levels of government, aimed at guaranteeing the life, security and personal integrity of human rights defenders, since such attacks constitute an obstacle and inhibit the full exercise of the defense of rights ”.

As commissioner of Jaleaca de Catalán, Marco Antonio Arcos denounced the illegal logging of pine in the Sierra de Chilpancingo.

Last February, accompanied by residents of Jaleaca, he held a protest in Chilpancingo, where they asked the government to declare a ban and financially compensate the ejidatarios of the Chicahuales community -who carry out the felling of pine-, because they know that they are people in poverty situation.

According to the CNDH, with this murder, 66 human rights defenders have been killed since 2006 in Mexico.

The Network All Rights for (Red Todos los Derechos para Todas y Todos), has documented the murder of 45 human rights defenders in the first two years of the government of Andrés Manuel López Obrador.