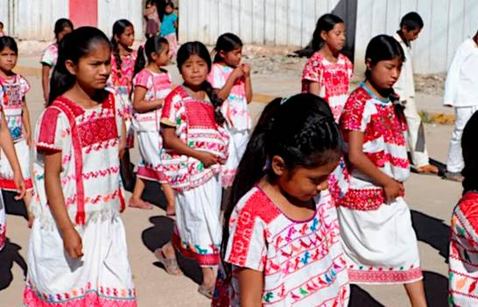 She was sold as a wife when she was just a child. It was normal in the Juquila Yuvinani community, in the state of Guerrero, in southern Mexico. Like tens of thousands of Mixtec indigenous minors, Maurilia Julio had a forced marriage. The dowry that her husband’s family paid for her weighed heavily on the rest of her life:

– “The girls who are sold, when they come to the house of their mothers-in-law, they make them suffer, they say ‘get grinding, do all the housework, because we buy you … It makes me sad because I also went through The same. That is why I thought that when I had my daughters I was not going to sell them, in case they suffer abuse where they go with their mothers-in-law that they come back to me, “explains Maurilia.

At 61, Maurilia wants to end an ancestral tradition that plunges the buying family into poverty and condemns the bought girls to servitude. The minors are sold to other Mixtec families for amounts ranging from $ 2,000 to $ 18,000.

– “Normally here they say that when women are paid it is for women to work for men and for their parents and not, because it is as if we were enslaved”, comments Ita Yuyu Ortiz, an 18-year-old student.

Eloína Feliciano was sold at age 14. She is now 23 and lives in the municipality of Metlatonoc, one of the poorest areas in Mexico:

– “That they charge, I say that it is not good because that … obviously it is the animals that are sold, you go and buy it, and it arrives and you see if you treat it well or badly, but it is as if to say ‘oh I paid ‘and that’s not right, “she laments.

More and more voices in Mexico are demanding an end to this tradition. Some 300 families in the area have agreed not to sell their daughters and allow them to marry whoever they want, but they are just a drop of water. It is estimated that in Mexico there are about 12 million indigenous people and almost 70% live below the poverty line. According to official data, last year more than 3,000 girls and adolescents between the ages of 9 and 17 gave birth in the state of Guerrero after being sold as wives.

To translate video from a foreign language: