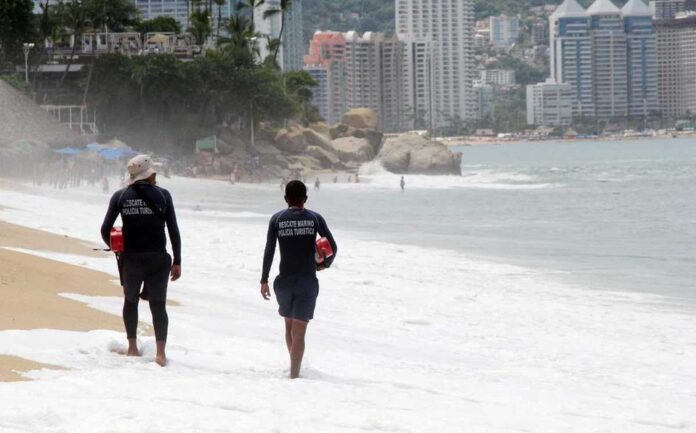 The authorities reported that waves of more than 2 meters high could form on the coast of the state; they asked the population not to enter or walk near the sea.

In Guerrero, officials from the Ministry of Civil Protection alerted citizens and visitors by the presence of the phenomenon groundswell on the shores of the entity.

What is a groundswell

The swell is long and continuous waves generated by storms at sea. It travels along the Pacific Ocean. It can occur year-round, mainly from May to November, according to the National Center for Disaster Prevention.

According to the report, waves of more than 2.7 meters high could form in some areas, for which citizens, service providers and tourists were asked to heed the recommendations of the authorities.

In addition, CP urged to avoid entering the sea and not walking near the wave breaking area; hotel guests were informed about the phenomenon to prevent any tragedy.

Boaters are urged to follow the recommendations of the Harbor Master’s Office.

Meanwhile, the Secretary of the Navy warned that this phenomenon will spread from the coasts of Jalisco to Chiapas, and is expected to decrease during the course of Monday.