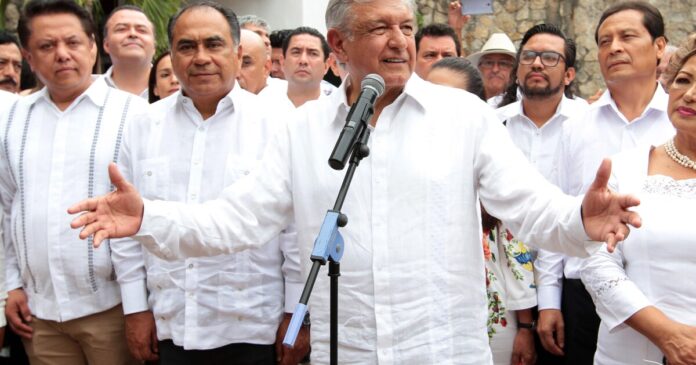 President Andrés Manuel López Obrador announced that the processes of transferring the Ministry of Health to Guerrero will be resumed, to continue with his commitment to decentralize federal agencies.

“I am going to reaffirm the commitment that the Ministry of Health is going to move to Guerrero as soon as possible, we are going to find the best place, either Chilpancingo or Acapulco, now that the contagion is decreasing, we already have a little more of tranquility, and to begin to move us ”, pointed out the president.

The president said that after the reduction of Covid-19 infections, there is already more tranquility to carry out the process of moving the Ministry of Health.

Ministry of Health could move to Acapulco

«In Acapulco, there is a building available, now that the contagion is decreasing, that we have a little more tranquility due to the pandemic, which has lessened, we begin to move and that the Ministry of Health moves to Guerrero. It also coincides with one more anniversary of the death of President Benito Juárez ”, he commented.

In addition, he will visit Guerrero this weekend, and that he is one of the states that require more support.

“There are three states that are receiving more attention and they are helping more with welfare programs, such as Chiapas, Oaxaca, and Guerrero, but there is still more, Guerrero has a lot of poverty, so the violence in Guerrero is largely caused by the abandonment of the communities to peoples “.