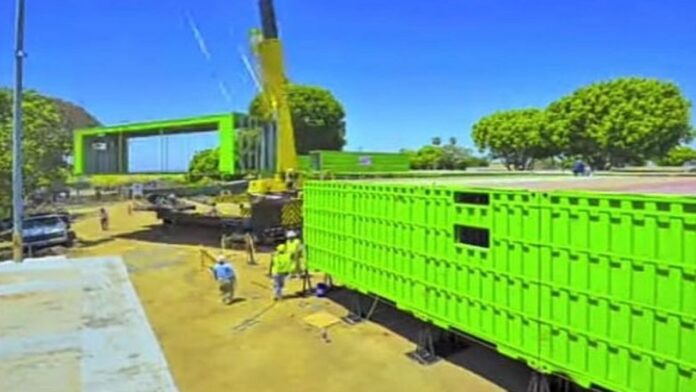 The first installation could be for Barra de Potosí

The “Escuelas de Acero” project, which aims to create classrooms using metal modules for schools in underserved areas, is promoted by foreigners and citizens of Zihuatanejo.

This Friday the first meeting was held in a restaurant downtown in which they analyzed the situation in the region.

The president of the “Steel Schools” committee, Brenda Espíritu Villalobos, announced that the project was born from the need for sustainable and safe schools for children according to the UN 2030 agenda of which our country is part.

For this, the metal structures that are part of the containers that are commonly used to transport goods will be managed, “it begins in Zihuatanejo, but the idea is to expand to other areas of Mexico and other countries.”

He mentioned that there is a relationship with the association “For the children of Zihuatanejo” that has carried out the construction of classrooms, bathrooms, and improvements in marginalized schools with resources from the Sailboat Festival.

The project of the first container to create classrooms in the school in the community of Barra de Potosí, the municipality of Petatlán, is currently advancing.

The architect in Sustainable Development, Adriana Molina Milanés, announced that governments are obliged to provide facilities for sustainability to exist and stop impacting the planet.

“We as professionals also have to use all the technology to make this a reality because many people know how strong our passage through the earth is being.”

The professional added that we must start with community education to spread the knowledge that leads us to the teachings that our grandparents had with the use of the earth, the sun, and everything that is without impacting it so much.