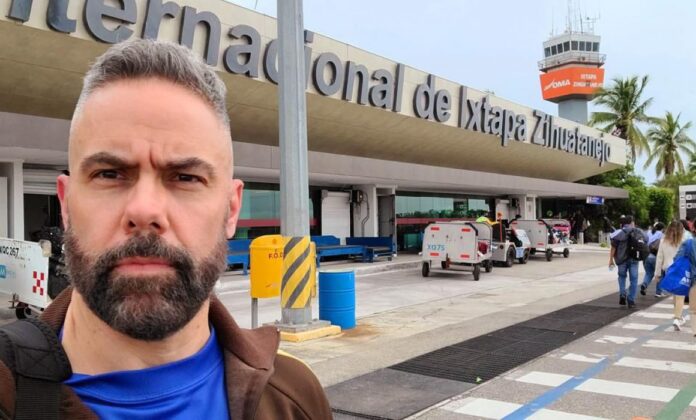 ZIHUATANEJO, Guerrero. – The well-known Storm American storm Chaser, Joshua Morgerman, landed this Saturday afternoon at the Ixtapa-Zihuatanejo International Airport, as he assured through his social networks that this will be the starting point to pursue Hurricane Rick, which according to the National Meteorological Service was at 7:00 p.m. 265 kilometers (km) south-southwest of Zihuatanejo and 290 km south of the port of Lázaro Cárdenas, Michoacan.

In his social networks, the American businessman arrived from Mexico City, where he wrote before boarding the plane to Zihuatanejo, “this place is only the starting point, I never decide my final position.”

After arriving at the Zihuatanejo air terminal, he commented: “I will spend the night in this resort, in the morning I will look at things with new eyes and find a plan.”

Joshua Morgerman, 51, is known for his multitude of chases of around 62 tropical cyclones, intercepting some such as Typhoon in the Philippines in 2013 and Hurricane Dorian in 2019.

It should be noted that this Saturday in the case of Zihuatanejo, throughout the day it has remained cloudy, only a few drizzles have appeared. 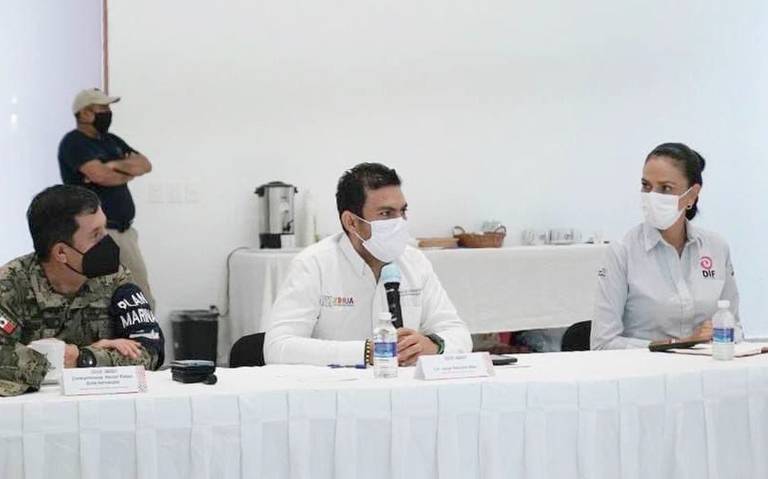 President Jorge Sánchez Allec asked the population to be vigilant because heavy rains are expected in the afternoon.

Municipal authorities, state and federal forces met this Sunday the Civil Protection Council to designate prevention and action tasks in the face of the threat of Hurricane “Rick” to impact in this area.

President Jorge Sánchez Allec led the meeting where they supervised the trajectory of the meteor and announced the start-up of the temporary shelter located in the Municipal Auditorium.

“It has us alerts because according to the trajectory that the hurricane has, it is expected that it will have its entry to land; it will leave us very important rains, even I could say that strong ”, expressed the mayor.

The president said that they would be attentive at all times and asked the population to also be so because heavy rains are expected from 6:00 in the afternoon.

“I ask you to remain very vigilant so that you are aware of the step by step but above all that we are very aware that a hurricane carries many risks; It is well worth seeking to stay with a relative or come to a shelter ”.

Until press time, Hurricane “Rick” only left drizzle in the city and the fall of a tree on the scenic road that leads to La Ropa beach.