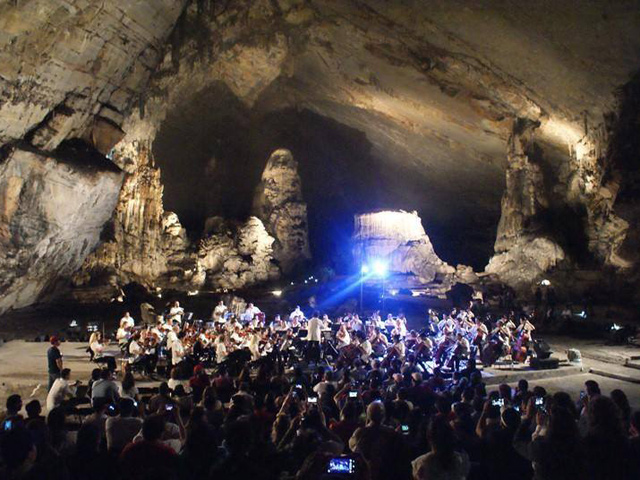 The Grutas de Cacahuamilpa National Park, which extends to the north of the state of Guerrero over an area of ​​1,598.26 hectares in the municipalities of Pilcaya and Taxco de Alarcón, was declared a National Park in 1936 and is home to one of the most surprising and visited cave systems and calcareous formations of the Mexican Republic.

Cacahuamilpa is a Nahuatl word whose meaning is: “in the peanut seedbed”, or a fertile place for growing peanuts. In the Chontal language, its name was Cocoyocuatl, and the grotto was known by the indigenous people as Salachi, a ceremonial place.

The Cacahuamilpa caves have been visited by several Mexican presidents and other famous people such as Alexander von Humboldt, Gabriela Mistral, or Mariano Escobedo to name a few.

Priority and essential area for the inhabitants of the region, the grotto provides various ecosystem benefits, such as climate regulation, carbon capture, and oxygen production, the Grutas de Cacahuamilpa National Park is perhaps one of the best known in Mexico.

Talking about gastronomy right at the caves of Cacahuamilpa entrance, you can enjoy the traditional quesadillas with lettuce, tomato, cheese, cream, and extremely spicy sauce.

A wide array of handicrafts are offered by the locals, for example, flowers made with raw materials from the field, such as fruit seeds, nopal barks, pods of fruit trees, and countless seeds. To make these beautiful flowers, I in particular bought a flower with seed petals that looked like translucent paper.
The traditional tamarind sweets are typical of the Guerrero state.