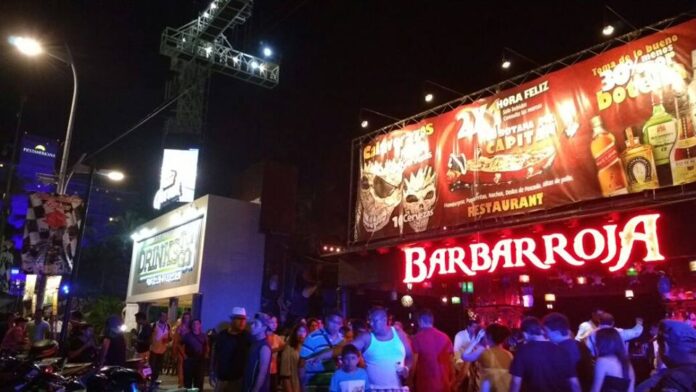 Acapulco, Guerrero.- After the recent holiday season at the end of the year, hotel businessmen confirmed the rapid spread of the Covid-19 virus among workers in the sector.

According to industry leaders without chimneys, most workers have developed flu, temperature, and hoarseness, the main characteristics of the Omicron variant.

Hotel and restaurant businessmen accused the authorities of refusing to recognize the presence of these variants of the Coronavirus in Guerrero, but the perception is negative.

Likewise, it was pointed out that a part of the employees of the branch have presented said contagion, although they fear that the rate of contagion will exceed them, because if a case occurs today, the next day another two could appear and successively.

In the past holiday season, the contagion of Covid rebounded in the tourist destinations of Guerrero, Acapulco, Zihuatanejo, and Taxco; For this reason, the employers called on the workers in the sector to continue taking care of themselves and using the mask correctly.

In Guerrero there are 2,016 active cases of COVID-19, reports the Ministry of Health

* The call to reinforce prevention measures such as healthy distance, hand washing and use of face masks is reiterated

January 13, 2022.- The Guerrero Health Secretariat (SSG) reported that as of January 12, the entity remains green on the Epidemiological Traffic Light with 2,016 active cases of COVID-19, of which 585 infections and one death due to this cause was confirmed in the last 24 hours.

Regarding hospitalization for COVID-19, there are 37 people hospitalized, of which 36 are in serious health and 1 intubated.

Of the 477 COVID beds equipped with a ventilator for artificial respiration in the entity, 37 are occupied, which represents 8%, and of the 1,017 beds for general medical care, 600 are occupied, 59%.

At the national level, the occupancy percentage of COVID-19 beds is 24%, while at the state level it is 8%, reported the Guerrero Ministry of Health.

The SSG reiterates the call to continue basic prevention measures such as healthy distance, frequent handwashing with soap and water or application of alcohol gel, in addition to the appropriate use of face masks, cross ventilation in closed spaces.

Those who present symptoms of COVID-19 should isolate themselves for at least seven days, monitor warning signs such as oxygenation, heart rate and presence of fever.

The Guerrero Health Secretariat informs that the national vaccination strategy is being reinforced, in Chilpancingo it begins the application of the second dose to delays to those over 18 years of age whose letters begin with the letter A to the letter L, on the colony’s courts of the PRI and the Technological Institute of Chilpancingo.

In Chilapa, the second dose is applied to delays to those over 18 years of age to all letters, at Deportivo Tlashco.

It also continues with the second dose for adolescents between 15 and 17 years old, in Coyuca de Benítez whose surnames begin with the letter O to the letter Z, at the Ethel Diego Guzmán Auditorium. In Atoyac, from the letters M to R, at the Mariscal Sports Unit. In Tlapa, to all letters in the Sports Unit.

After a 3-year absence, Acapulco receives its first cruise ship arrival for 2022