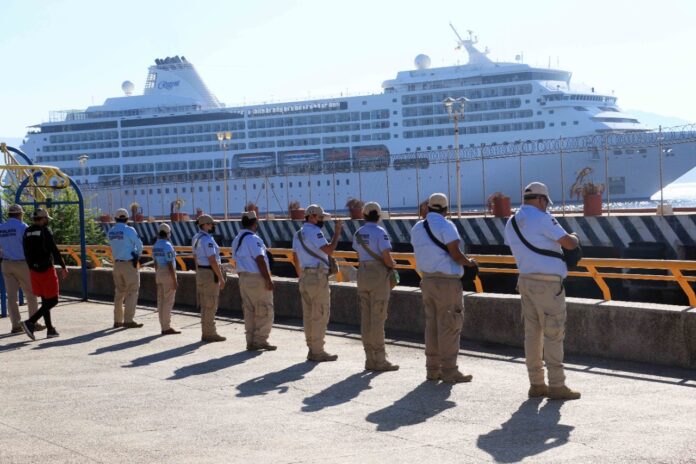 After three years that they did not come, the first cruise ship of the year arrived in Acapulco, with 783 visitors of which 400 came down to see the port and made an average expense of $ 500 per visitor, said the Secretary of State Tourism, Santos Ramírez Cuevas.

The first cruise that arrived in Acapulco in 2022 was the Seven Seas Mariner, it houses a total of 338 passengers, a crew of 445 and it arrived from Cabos San Lucas and ends in Miami.

Fulfilling a campaign commitment and 100 days of government, the municipal president, Abelina López Rodríguez, welcomed the first cruise of 2022, the Seven Seas Mariner with the Bahamian flag and coming from Puerto Quetzal, Guatemala.

At the facilities of the Port Terminal, the mayor stressed that the arrival of this first cruise is the result of the coordinated work carried out by the three levels of government, commented that the intention is to achieve at least the arrival of 90 ocean liners in the year, so it augured a good 2022 for the tourism sector.

“Today it is a promise fulfilled that there are cruise ships, the first cruise that is from the Regent shipping company, this is the step that Acapulco has to follow because it is the way in which we are going to be able to reactivate the economy, this is a good start to the year, this is a reality and it is a joint effort that we have coordinated the municipal government, the state government, I believe that the results are being seen ”.

Accompanied by the Secretary of Tourism in Acapulco, David Abarca Rodríguez and the Secretary of Social Development, Leticia Lozano Zavala, the mayor welcomed Captain Aivo Palm, whom she recognized for his visit to this tourist destination. He also received from the captain an acknowledgment with an image of the boat, they made a toast prior to the disembarkation of the 460 passengers and 445 crew members.

Foreigners were received with traditional Guerrero music by the Municipal Music Band, also with typical dances of the region, while state and municipal tourism personnel delivered triptychs to inform them that in Guerrero the use of face masks is mandatory.

The ocean liner will remain in Acapulco until 6 p.m. this Tuesday, the hundreds of tourists alighted from their boat after a health check, later they left for tours of the most emblematic sites of the port.

This event was attended by the Secretary of Tourism in the State, Santos Ramírez Cuevas, the Undersecretary of Tourism Services in the State, Iván Ruiz Vargas, the director of the Beach Promoter, Alfredo Lacunza; the attorney general, María Inés Mendoza Sandoval, the undersecretary of Municipal Tourism, Arturo López Sugía; the Secretary of Public Security, Maximiliano Serrano Pérez and the director of the Acapulco Tourist Care and Protection Center (CAPTA), Alejandro Inzunza Ramírez.