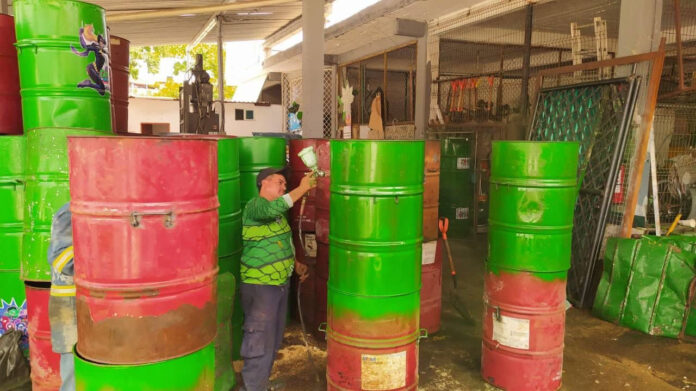 Zihuatanejo, Guerrero., (June 16, 2022).- With the intention of making the population aware of the correct disposal of solid waste, the Municipal Government, through the Directorate of Public Services and personnel from the Technical Area, has placed Approximately 120 containers in different parts of the city so far this year, these have been placed in Fovissste, Infonavit El Hujal, beaches, tourist accesses, downtown area, as well as the first box, among several other points.

It should be noted that these containers carry a process so that they can be installed in the city, the municipal official pointed out that this task is a joint effort between citizens and municipal authorities, for which he invites Zanka citizens and visitors to make use of appropriate of these, likewise wait for the passing of the collection truck.