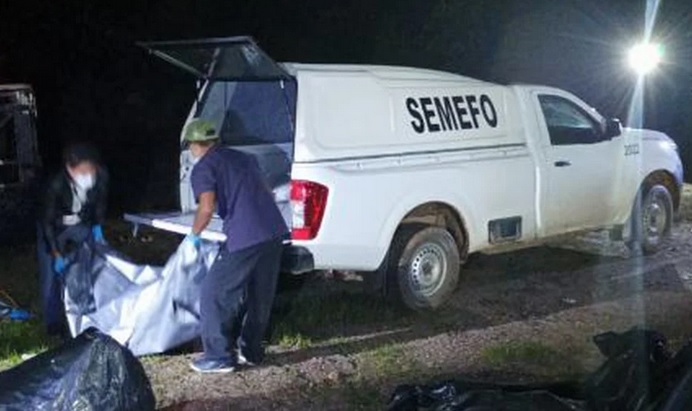 In the southern state of Guerrero, authorities said they had found six bodies with bullet wounds and two severed heads nearby.

On Friday, August 5th, the Guerrero state prosecutor’s office said the remains were found near a burned-out and shot-up vehicle in the municipality of Quechultenango.

Mexico President Andrés Manuel López Obrador continues to face stubbornly high rates of violence more than midway through his 6-year term. The president has emphasized attacking violence with social programs rather than head-on confrontations with the country’s powerful drug cartels.

“I am absolutely convinced that you can’t confront violence with violence, coercive measures are not enough, that is the conservative, authoritarian vision,” López Obrador said last month.