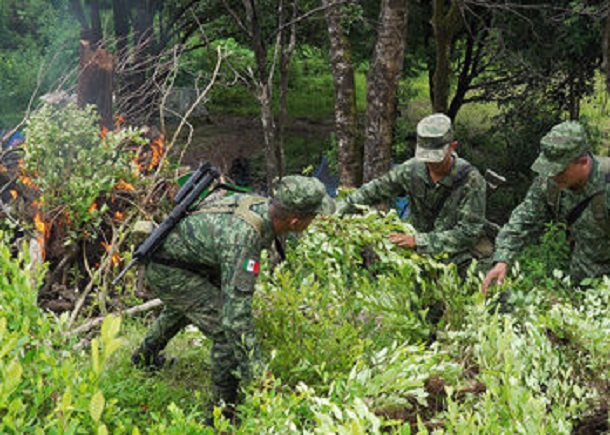 Despite the increased discoveries, Mexico’s coca cultivation remains far from scalable. And there is no indication that the country will soon become a significant player in coca production.

But while coca cultivation levels remain low, the incremental increase and Guerrero’s history of illicit crop cultivation could eventually lead to trouble.

Guerrero’s remote mountains have proven fertile grounds for heroin and marijuana growers. Cultivators are increasingly trying to replicate this success with coca.

Much like poppy fields, the coca plantations are concentrated in the Atoyac and Tecpan mountains, in the Costa Grande region, some 700 meters above sea level, according to La Jornada. The fields are difficult to detect from helicopters, as the coca plants are camouflaged among bushes, Solano Rivera told the newspaper.

Many farmers across Guerrero have depended on illicit crops for their livelihoods. Poppy growers in Guerrero reaped massive profits for several decades when criminal groups convinced locals to harvest the plants, offered to buy all the production, and paid cash advances, InSight Crime previously reported.

Displaced by the rising demand for fentanyl, the heroin market has shrunk in the United States, and the price of poppies has declined, said García Jiménez. Farmers were left with fields of crops worth much less than before and with a generational loss of knowledge about farming traditional crops.

“People are in need; that is a reality. The entire population needs a livelihood,” Solano Rivera told El Sur. “Even though the government is helping to mitigate the needs of the population, there will be a population that does not have those needs covered and will surely engage in illegal activities.”