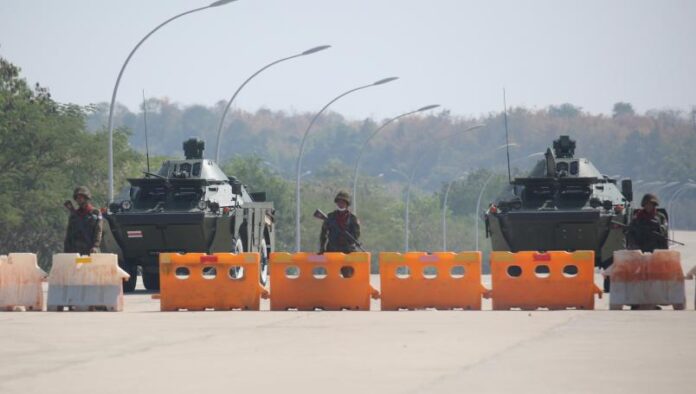 Opponents in Myanmar recommended downloading Bridgefy, as it allows you to send messages via Bluetooth.

One of the reactions to the coup in Myanmar, and which few would have foreseen, is the increase in downloads in the Mexican app  Bridgefy, being recommended by opponents of the military regime that took power on February 1st.

This is because Bridgefy allows messages to be sent via Bluetooth, which is why it would be an important tool after the digital and electrical blackouts that occurred during the coup in Myanmar, which disabled communication networks.

In total, the app has been downloaded 1.1 million times in 48 hours, registering a new peak in more than a year and a half. With this, representatives of the Asian country hope that citizens can continue in contact in case there are new cuts to electricity, internet, and telephony.

What is Bridgefy and why is it important after the coup in Myanmar?

As we already mentioned, Bridgefy is a Mexican application that allows you to send messages without an internet or telephone connection, thanks to the fact that it uses encryption based on Bluetooth; which also implies a difficulty in intercepting the communication, hence its importance for the population of Myanmar after the coup.

Bridgefy was created in 2014 by Jorge Ríos, whose idea was to give users an emergency messaging service in case a natural disaster such as earthquakes happened; however, it has gained great relevance in Asian countries as well as Myanmar.

Several people, especially activists, from Hong Kong and Thailand began using it to keep in touch, in addition to organizing, during the demonstrations that took place between 2019 and 2020 in the region.

An advantage of the app is that in addition to sending messages to assigned contacts and numbers, it can communicate with all devices in a specific area, as long as they have Bluetooth activated, which gives it a much greater range than WhatsApp or Telegram.

Myanmar: Mexico condemns coup and calls for a peaceful solution

Mexico supported the UN position against the coup in Myanmar.

MEXICO CITY The Ministry of Foreign Affairs (SRE) of Mexico condemned the coup in Myanmar and called for a peaceful resolution of the conflict, adding to the statement made by the secretary-general of the United Nations (UN), António Guterres.

Through a statement, Mexico called for the recovery of legal and democratic channels that allow consensus building to achieve ” peace, democracy, and sustainable development” for the inhabitants of Myanmar.

In its capacity as a non-permanent member of the UN Security Council, Mexico declared itself in favor of supporting regional actions that would allow an “inclusive and constructive dialogue” to be achieved shortly, while reiterating its position in favor of a peaceful solution to the conflict in adherence to international law and human rights.

On the other hand, the Embassy of Mexico in Singapore established communication with the community of nationals in Myanmar, while recommending not to participate or approach demonstrations at points of conflict, while keeping an eye on the events reported over the weekend.

How was the coup in Myanmar?

On Sunday, January 31, the arrest of leader Aung San Suu Kyi was reported, as well as important politicians of the ruling party of the National League for Democracy, while a military government was imposed under unfounded accusations of electoral fraud that have been discarded by the Myanmar Election Commission.

The army imposed a one-year state of emergency, as well as an interim president Myint Swe during that period, after the country’s most powerful man, General Min Aung Hlaing, affirmed that the constitution could be repealed.

Much has been speculated on the motives behind the coup of the State, one of these points to the fact that constitutionally the general who is close to turning 65, should retire from his position in the military and therefore be excluded from a presidential election, for what is believed to be a strategy to maintain their power within the armed forces.