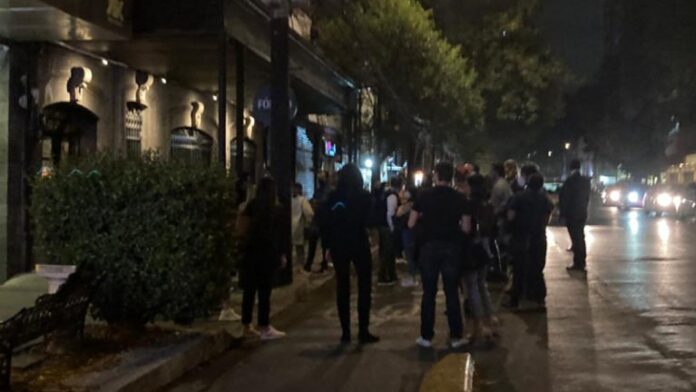 According to the UNAM Seismological Service, the earthquake had an epicenter 60 kilometers southeast of San Marcos, Guerrero, at 9:06 p.m.

A magnitude 5.9 earthquake, with an epicenter in San Marcos, Guerrero, alerted the residents of the capital tonight. However, the movement was almost imperceptible.

The head of government, Claudia Sheinbaum, reported a preliminary white balance at 9:12 p.m. and announced a flyby by the Cóndores team of the Secretariat for Citizen Security to evaluate the City.

According to the UNAM Seismological Service, the earthquake had an epicenter 60 kilometers southeast of San Marcos, Guerrero, at 9:06 p.m.

“Already in flight and at the moment without a report of damage, information is continued when supervision ends throughout the city,” wrote the Secretary of Citizen Security, Omar García Harfuch, on his Twitter account at 9:22 p.m.

The Secretariat for Comprehensive Risk Management and Civil Protection reported at 9:24 pm: “At the moment no effects are reported, only slight perception in some areas of #CDMX.”

At 9:28 pm, the capital’s president updated: “In a condor helicopter overflight by Secretary Omar García Harfuch and a review by all the Secretariats, no damage is reported in Mexico City.”

The Collective Transportation System reported that “after conducting a review protocol due to a perceptible earthquake in some areas of the CDMX, all stations and lines of the Network are offering service and operating normally. The train march is continuous ”.

Subsequently, the National Seismological Institute adjusted the magnitude from 5.9 to 5.7.

In six months, on September 19, Mexico will commemorate 36 years of the 1985 earthquake and four years of the 2017 earthquake, milestones in the history of the capital and the country