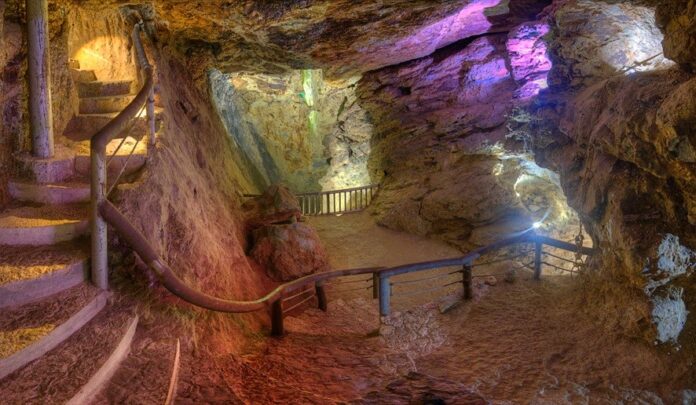 The astonishing pre-Hispanic mine of Taxco, in addition to being unique in its kind, is the only one in the country open to the public.

Taxco, Guerrero, (April 06, 2021).- One of the many wonders that Guerrero keeps is in Taxco, and this is fantastic tourist destination visited by thousands of travelers every year. But, not many are aware of the fact that Taxco de Alarcón is the guardian of one of the best archaeological discoveries in history.

In February 2013, under the foundations of the Hotel Posada de la Misión, a pre-Hispanic mine was discovered. By pure chance, while trying to repair a problem with a beam, the hotel owners began to remodel the place. As the masons dug down to the bar floor, they came across a cavity of unknown depth. Going down, they realized that it was very similar to a mine, and yes it was a mine. To confirm, they called engineers from the Grupo México mining company , who after analyzing the mine, determinded that it was older than those already known, and immediately gave notice to INAH.

The INAH began the preliminary investigations and, after ruling out that it was a colonial mine, they confirmed that it was a pre-Hispanic mine. Alfonso Martín, a cave rescuer and now a guide and student of the mine, explains:

“Before it was thought that the oldest mine in Taxco was that of El Socavón del Rey, but this was not known because the Chontales indigenous protected it to prevent the Spanish from exploiting it.”

According to Alfonso, there are indications that the mine was only worked in two different years: in the 1400s and in the early 1500s. Researchers and geologists have warned that the mine was only exploited at 2%, which explains that it is still full of minerals. Based on a test carried out by a professor at UAGro, it was found out that for each ton of rock, three grams of gold and three kilos of silver are obtained .

Minerals such as silver, lead, zinc, gold, pyrite, iron and quartz have been found in the mine. Currently, tours are offered that include a recreation of how the indigenous Chontales used to work inside the mine, and their way finding and unearthing metals. So now you know, there are more impressive archaeological sites than just pyramids and temples.

Pre-Hispanic Mine of Taxco