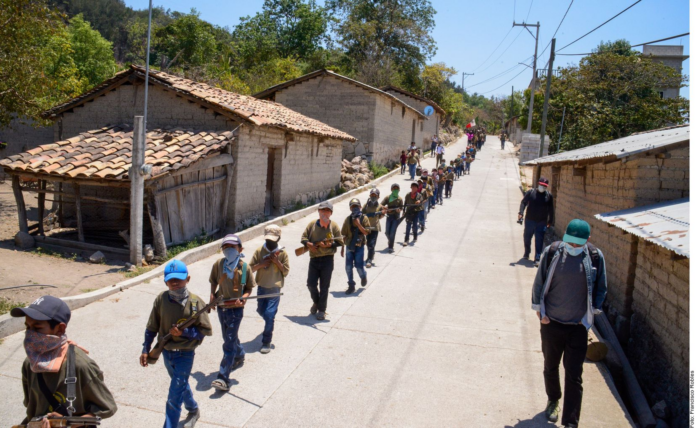 Among the minors there are those who lost their parents cremated by drug trafficking.

Children belonging to the Regional Coordinator of Community Authorities (CRAC) of the town of Ayahualtempa, in the Municipality of José Joaquín Herrera, Guerrero, marched to demand federal and state support.

Minors who were left without their parents participated in the protest after a dozen indigenous musicians from the CRAC in the town of Alcozacán were murdered and cremated on 17 January by a criminal group.

The children, some carrying shotguns and Community Police T-shirts, reproached the authorities for neglecting them.

“We have already presented ourselves for 15 months, we are not criminals, we are community children who support the protection of our indigenous community. Once again we demand the Government of Mexico to support the 9 windows, the 14 orphans, and the 34 displaced indigenous people. for the Los Ardillos group, “said one of them.

Enough of so much crime and discrimination against the indigenous peoples of Mexico. “

According to local media, almost 40 minors are part of the self-defense groups.

The CRAC also requests scholarships and support for the children of the police officers who have also been murdered in the mountain region.

In various videos disseminated on social networks, part of the education and training of orphaned minors is observed.