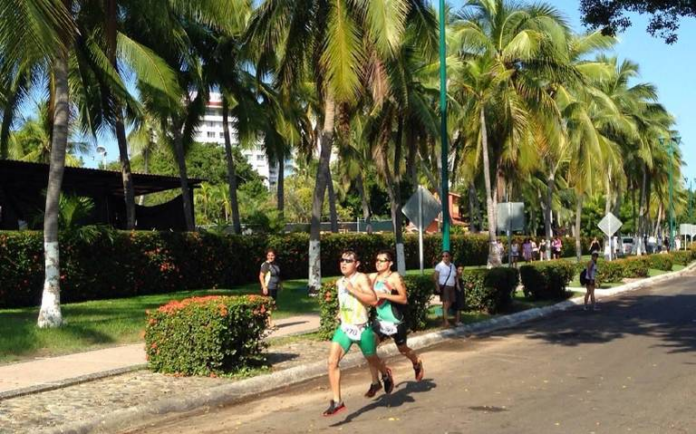 Beyond the presence of tourism in hotel rooms, the event generates the diffusion of the destination on the national and international television network

Hotel businessmen from the beach binomial applauded the state government’s decision to resume the Ixtapa-Zihuatanejo Triathlon in May of this year since they affirm that it is an event that will help them a lot in economic benefit.

Beyond the presence of tourism in hotel rooms, the event generates the diffusion of the destination on the national and international television network, which could replicate the arrival of more visitors in subsequent months.

The President of the Mexican Association of Hotels and Motels of Zihuatanejo, Rogelio Lozano Calderón stated that they are very happy and have good expectations, taking into account that Easter was not what they expected.

He did not doubt that the authorities and tourism service providers, in general, will take the corresponding health measures to prevent the spread of COVID-19 infections.

For his part, the President of Hoteleros Asociados de Zihuatanejo, Jonathan Morales Moreno, said that the gains will surely be reflected in all commerce in general.

He ruled out that so far they have not made the call for the organization of the sports fair, and hopes it can be done as soon as possible so that everyone participates without problems, also, he trusted that tourism events continue to increase.

Welcome to the AsTri Ixtapa 2021 Triathlon!

The Government of the State of Guerrero and Asdeporte are pleased to receive you in one of the oldest and most traditional venues for triathlon.

Ixtapa-Zihuatanejo is one of the most popular destinations in the state of Guerrero on the Mexican Pacific coast. With its beautiful sunny beaches and warm weather all year round, it is undoubtedly one of the most complete venues, on the one hand, there is modern Ixtapa, with large hotels, multiple water activities, golf courses, marina, and nightlife, while the fishing town of Zihuatanejo preserves its traditions and tranquility and has a great variety of restaurants, shops, cafes and some bars at night. Also, the sunsets on the beaches of Ixtapa are incredibly beautiful.

And it is precisely here where one of the first triathlons in Mexico and the oldest of all was born; The first Ixtapa-Zihuatanejo Triathlon emerged in 1987 and since then it had been carried out uninterruptedly for 32 years, until the COVID pandemic did not allow it. But we are ready for this our next edition, will you join us?

Start time: Starting at 7:20 am, the triathletes will begin to leave as a Rolling Start. Aqua Run and Duathlon will come out later.

– The first 3 places in each category will be awarded a trophy.

– Due to the contingency of the pandemic there will be no awards ceremony, the winners will collect their trophy at the end of the competition in an assigned area. Please check the time and place in the Athlete’s Guide.