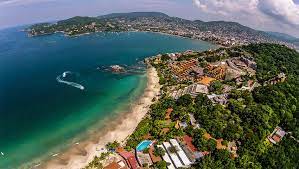 Hoteliers from Troncones in the municipality of La Unión, reported that there is no emergency medical care in Zihuatanejo.

The president of the Association of Hoteliers and Restaurateurs of the Riviera Troncones-Saladita, Ausencio Solís Hernández, reported that, in the early morning of This June 23, at 3 in the morning they were lifted by a medical emergency of a client who had an accident and broke an ankle with an exposed fracture.

He regretted that the medical care in Zihuatanejo is deficient because they sought to have a hospital ready to receive them in Zihuatanejo, but none answered and they did not find ambulances in service for the transfer, so with the help of a bed and a couple of neighbors, they picked up the person named Steve, 65 years old of foreign origin and in a pickup truck, from a friend who came from Ixtapa to Troncones, they moved to Zihuatanejo.

The hotelier, it hurt that they arrived at the Maciel Clinic and it was closed, no one answered the calls, they went to the Specialty Hospital and no traumatologist was awake or answered the phone.

After two hours of pilgrimage throughout Zihuatanejo, helpless because they did not know how to attend to the injured, at 5 in the morning, they took him to the “Bernardo Sepúlveda Gutiérrez” General Hospital, where there were no specialists, without emergency care and with two interns who helped them.

He related that they went to all the pharmacies open because there was no medication in the hospital for pain and until 8 in the morning, they were still waiting for the traumatologist because his entrance is at that time and he turns off the cell phone, so as not to attend to emergencies, even though Steve, had to enter surgery, because of the severity of the injury.

Solis Hernandez, denounced that in Zihuatanejo which is a tourist center the second most important in Guerrero, “medical care is less than a third world country”, that it is incredible that you do not have a hospital or clinic to attend to tourist friends, customers or family in an emergency.

He pointed out that before having streets, clean beaches and bike laps, you must have a decent medical service, in the case of the client, he said that it is likely that he will not return to Zihuatanejo for fear of living here, with the lack of quality medical care.